The program had been under threat of closure due to lack of funding. The grant comes from Suncorp’s Community Giving Grant, according to QNews.

Advertisement
Queensland’s only specialist support service for trans and gender diverse young people, Jelly Beans has been threatened with closure since 2016 because of insufficient funding.

The program relies on private funding and donations to stay in operation.

“Jelly Beans primarily exists to support and minimise a range of issues that our young people suffer,” she said.

“We also aim to minimise homelessness by catching young people before they become homeless and attempt to reconnect them with their family.”

Barker said Jelly Beans had expanded greatly since it began in 2010, with many more young people relying on the program.

“Since Jelly Beans began, demand for this program has grown significantly and it’s needed in our community now more than ever,” she said

The grant from Suncorp will pay for project facilitators and social workers, as well as the costs of running group drop-in sessions.

Donations to help support the program can be made online.

Next post 'We've seen many gay bars shut their doors over the years': Dolly Diamond on the LGBTI scene 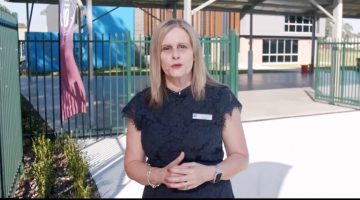