HIV action is being taken

In last week’s Star Observer, the front page article was about young gay men and risk, citing another article recently published in the Medical Journal of Australia (MJA).

We appreciate the exposure the article provides to the important issue of HIV prevention, not only among younger members of the gay community, but the community in general.

However, we would like to provide some context to the information contained in the article in relation to trends in HIV notifications and draw attention to the substantial HIV prevention work that has been undertaken over the past several years in Victoria.

Although the MJA article emphasises the need for enhanced monitoring and targeted responses, we need to acknowledge that these things are occurring already.

HIV prevention in Victoria is underpinned by successful partnerships between government, research and community sector stakeholders; partnerships that are exemplified in this response.

When the Burnet Institute started detecting trends in the decreasing age profile of gay men diagnosed with HIV in Victoria in 2009, the Victorian Department of Health was informed, a group of key stakeholders quickly convened, additional data was sourced and potential responses were discussed.

Within weeks the Victorian AIDS Council had developed a social marketing campaign that appeared prominently in the gay press for much of 2009 and 2010.

The response also provided impetus to the development and successful implementation of Queer as F**k, a world-leading initiative that continues to refine methods of sexual health promotion using interactive social networking sites.

While caution is needed in interpreting early trends, the latest epidemiological data for HIV in Victoria is promising.

For the year to September 2010, HIV notifications overall and among gay men have decreased by about 15 percent on the previous year.

In addition, while we view any increase in HIV infection seriously, it needs to be noted that the recently reported increase in the number of gay men newly diagnosed with HIV in the 20 – 29 year old age group is coming from a very low base (36 in 2007 to 59 in 2009).

It remains the case that gay men aged 30-39 continue to be the most commonly diagnosed group with HIV in Victoria.

Importantly, an ever increasing proportion of HIV diagnoses, including among younger gay men, are “newly acquired”.

This means people with a negative HIV test results in the past 12 months.

This and other data suggests that the current rate of HIV notifications in Victoria may be partly sustained by increases in HIV testing rates.

This outcome points to the success of recent campaigns aimed at increasing HIV testing among gay men and will likely result in the prevention of HIV transmission in Victoria in the medium to long-term.

By Dr Mark Stoové, head of HIV/STI research at the Burnet Institute and Colin Batrouney, manager of the Health Promotion Program, VAC/GMHC. 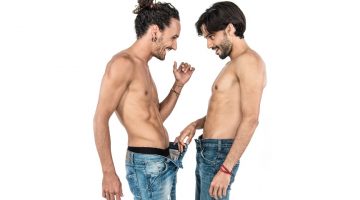