Who cares about the new Pope?

So we have a new pope. The pick of Jorge Mario Bergoglio, now known as Pope Francis I, has caused outrage in some quarters. His election continues a conservative trend in the Church – he is anti-gay, anti-woman, anti-contraceptive, anti-euthanasia, and has been accused of being an accomplice in the torture of two priests in the infamous ‘Dirty War’ in Argentina.

This leaves one real question: who cares?

In the collective fight against conservatism there are a number of clearly identifiable enemies. Close to the top of that list is the Catholic Church. Not necessarily Catholics as individuals – there are many progressive Catholics and Catholic organisations working for great causes. But the Catholic Church and Vatican have never, and will never, be our friends.

So when the election of a new Pope comes around, we shouldn’t expect anything less than for the Catholic Church to pick someone in the conservative tradition. Hoping for and demanding a progressive Pope is, and always will be (at least for the time being), a futile exercise.

Of course, I hear you say, the Pope is a really influential person so we should demand someone with progressive ideals. In many ways I agree, but in fighting for a progressive Pope, what we are doing is deflecting from the main fight with the Catholic Church. The church is an inherently conservative institution. The mere fact that the Pope is still chosen by a Conclave of old conservatives is a good testament to that.

The reality is, though, that I don’t think we should want to be accepted by the Vatican. Acceptance by the Vatican means acceptance into a conservative world – something that seems rather compromising if we really want to change the world. Instead of vying for their acceptance, therefore, we should be fighting against them; fighting against their conservative ideals, campaigning against their influence, and reducing the influence of the Pope. We need to get rid of the institutions we hate rather than finding ways to be accepted by them. 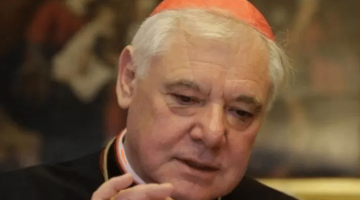