A report into an incident involving the distribution of sexist and homophobic material by religious educators to students at a Victorian public school has found the provider was in breach of a number of Education Department policies.

A REPORT into an incident involving the distribution of sexist and homophobic material by religious educators to students at a Victorian public school has found the provider was in breach of a number of Education Department policies.

The incident and subsequent departmental investigation has contributed to an overhaul of the state’s policies regarding special religious instruction (SRI) in schools.

The incident was condemned by anti-homophobia and transphobia advocates, with the Safe Schools Coalition Victoria calling the material “extremely damaging”.

The summary of the Department of Education’s report into the incident said the distribution of the Biblezines was “inconsistent” with the SRI provider’s volunteer agreement, the Education and Training Reform Act 2006, and a number of Department policies. These included the Supporting Sexual Diversity in Schools policy and the Human Resources Policy on Same-sex Attracted Employees.

The report points to the recently-issued Ministerial Direction 141 from Education Minister Martin Dixon, which sought to clarify a number of ambiguities around SRI in Victorian schools.

It specifically highlights a section of the Ministerial Direction indicating SRI instructors may not participate in school events outside of SRI, unless they are there in some other capacity, such as a parent or school council member.

The Star Observer understands that while work on the Ministerial Direction began before the Torquay College incident, the clarifications in the direction were developed alongside the recommendations arising from the investigation.

While the report did not lead to sanctions against Access Ministries as the provider of the SRI volunteers involved in the incident, the Star Observer understands specific actions arose from the investigation relating to individuals involved, which cannot be discussed for privacy reasons.

In terms of Access Ministries as an organisation, the key recommendations in the report are designed to ensure the Torquay College incident will not be repeated by facilitating compliance with existing policies and the Ministerial Directive.

Anti-SRI advocates Fairness in Religion in Schools (FIRIS) welcomed the release of Ministerial Direction 141 earlier this month, calling the policy “a big win” for their campaign.

FIRIS highlighted a number of key points in the policy as significant gains, including a clarified requirement for schools to have two teachers available during SRI, one to supervise SRI and one to supervise those students not taking SRI.

It also directs schools not to provide SRI if the school does not have the resources to comply with their requirements.

School principals must also ensure parents have access to the SRI program in an online format, and parents will be issued a revised consent form for SRI providing more information about what will be taught.

The ongoing issue of religion in schools has also arisen in relation to providers of school chaplains under the Federal Government’s recently-announced $245 million National School Chaplaincy Program.

The program will replace the current Chaplaincy and Student Welfare Program, meaning schools could no longer have access to secular welfare workers under the scheme.

“We are quire concerned about the fact the government is imposing religion on our community, because religion has not been our great friend and supporter,” Rainbow Communities’ Don Macdonald told The Examiner.

Scripture Union responded by saying their school chaplains were trained specifically to work with LGBTI students as a group “needing more care”. The organisation argued they were in schools to support students, not to make judgements. 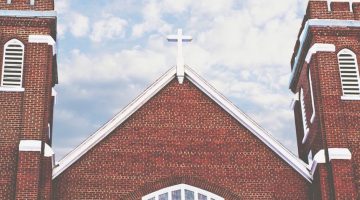