I think it’s a good thing federal Liberal MP Kelly O’Dwyer has come out in support of marriage equality. I’m also down with Liberal candidate Sean O’Connor saying something to the same effect, even if it doesn’t mean much of anything to anyone.

That said, someone needs to call bullshit. O’Dwyer should not be applauded for this. She belongs to a party that has stood against queer equality for a very long time. She belongs to the same party as senator Cory Bernardi.

My disdain for conservative politicians like O’Dwyer is not just rooted in some grudge against the Libs for years of homophobic policy platforms (I’ll believe there’s change when I see it), my disdain is for a party that does a lot of other shit stuff. While it’s true that the Libs’ actual policy platforms are virtually indistinguishable from federal Labor’s — and don’t get me wrong, I think that lot are pretty shit as well — a big difference between the two is who’s in them. Namely, the Coalition is full of bigoted nutbags.

Cory Bernardi compared homosexuality to beastiality, Sophie Mirabella led a group of Coalition MPs who turned their back on the apology to the Stolen Generations. Eric Abetz has repeatedly compared refugees to paedophiles, Tony Abbott called abortion “a mother’s convenience”. I could go on.

Whether internally-driven reform is an effective means of achieving organisational and social change is an age-old question. It is often said we need good people in homophobic organisations like the Australian Liberal Party to slowly affect change from within. Perhaps Kelly O’Dwyer is one such good person — I would never want to say people can’t change their minds.

But as I have written here before, there are good reasons it’s so difficult to be gay and politically on the right. Conservatism is, by definition, about privileged people in society maintaining the status quo to protect their own interests, and the status quo is anti-queer. To be in the Liberal Party and to have its values is to stand in support of a system that perpetuates social inequalities, of which homophobia is just one. As a member of her political party, Kelly O’Dwyer is preventing social change, not facilitating it.

If more politicians in the federal Coalition want to publicly support marriage equality, great. But considering their track record, it will be a long time before they should expect a pat on the back from me. 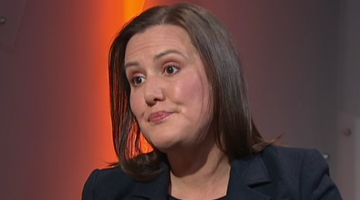