Throwback: When the Olympic Torch came to Sydney’s Oxford St

With Sydney recently commemorating 15 years since it hosted the 2000 Olympics, we take a look at how the LGBTI community celebrated the arrival of the Olympic Torch along the city's famous "gay strip".

EVEN if sport generally goes under your radar, in 2000 the chances of being caught up in the excitement around the Sydney Olympics would’ve been very high. The city’s LGBTI community certainly made the most of it, swamping Oxford St on the day the Olympic Torch made its way through the city, arriving at midday to celebrate and see the passing of the flame.

Barry Manilow’s Copacabana was played from the awnings of the Oxford Hotel as a tribute to the 81-year-old Olympian torchbearer, Lola Hardinge-Irma. Behind her, a glittering troupe of drag queens swept in with their own torch relay.

It was a festive and camp celebration, and as the torch reached its final destination at Sydney Town Hall, lesbian poet Dorothy Porter recited her poem Torch Song. 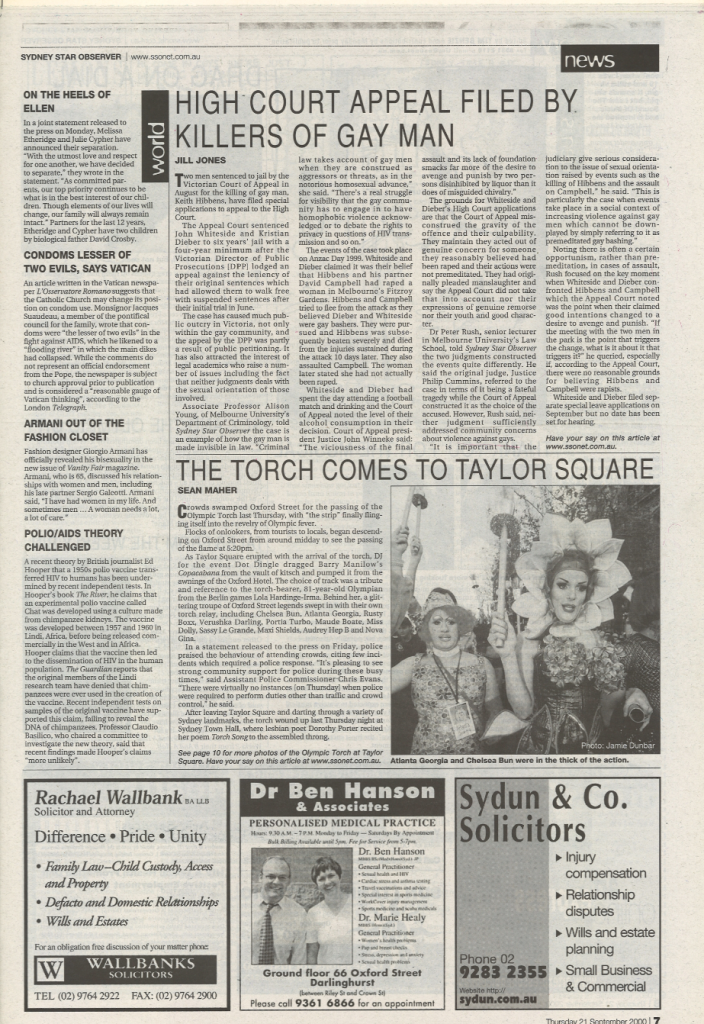 The story by Sean Maher on page 7 of SSO’s issue 526 recounts the day the Olympic Torch visited Oxford St ahead of the Sydney 2000 Olympics. (Sydney Star Observer; Thursday, September 21, 2000, Issue 526)