Nude calendar to raise money for queer men in Chechnya

Sales are going to Canadian charity Rainbow Road, which was formed to help queer people escape persecution in Chechnya. Advertisement
Each page features male models, and sales are going to Canadian charity Rainbow Road, which was formed to help queer people escape persecution in Chechnya.

“The experience has been very emotional,” said Hanshaw.

“We work in the fashion world and it took us a while to figure out what to do, but we knew we had to do something!

“We create beauty—and in the face of this ugly moment in history, some beauty and light is needed.”

The gay persecution crisis came to light earlier this year, with reports that dozens of men have been executed in concentration camps.

Chechen authorities have continued to deny the allegation even as reports of gay concentration camps have been confirmed and charges of genocide have been made.

The 2018 calendar can be bought online. 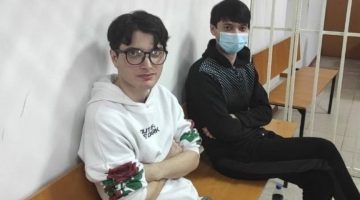