"I've never needed to think about whether I should march against discrimination, or raise funds during the AIDS crisis, or open the first gay bookshop. Instinct has always kicked in and I have been able to just plunge." I once read that to be fearless, to live fearlessly, is to be your own superhero.

To turn fearful situations into personal challenges which in turn become personal victories.

Advertisement
This Mardi Gras I’ve found and captured individuals who have come across great challenges in their lives yet have remained fearless in overcoming them.

From amplifying our messages through (sometimes illegal) street art, to confronting adversity in the military and then facing cancer head on. From leaving one’s home country in Africa to live authentically as a trans woman in Australia, to decades-long advocacy for rainbow families and opening Australia’s longest-running LGBTIQ bookstore, before it was legal to be gay.

They have made the world a better place for all of us to live in.

Collectively we rise and overcome the obstacles in our way to acceptance, to respect, and to equality.

We are all fearless in our quest to live our as our authentic and true selves.

Thank you to the fabulous Star Observer team who give me the platform to be fearless.

To my wonderful friends and partner who helped me create this project, and who support me unconditionally.

We are all superheroes.

“When I painted a number of murals around the same-sex marriage postal survey, I had a lot of blowback from religious groups that at times got pretty intense. Having members of the LGBTIQ community rally around my work with kind messages definitely hit me in the feels, and really encouraged me to keep creating murals.” 2. Cris Ashcroft, formerly in the army

“I have faced being bullied and victimised various times in my army career. I have constantly been refused jobs and promotions, and told I am ugly. [But] I continued to serve wearing my uniform with pride. I live with post-traumatic stress disorder, depression, and have survived a bilateral mastectomy, and if I had not been fearless I would not be writing this to you today.” “When we first participated in Mardi Gras, we were overwhelmed by the outpouring of love and respect by LGBTIQ+ people in the crowd for PFLAG. Knowing the esteem in which PFLAG was held by the community gave us the confidence to be fearless when we advocated to all members of the upper and lower houses of the NSW parliament in 2010 for adoption by same-sex couples.” 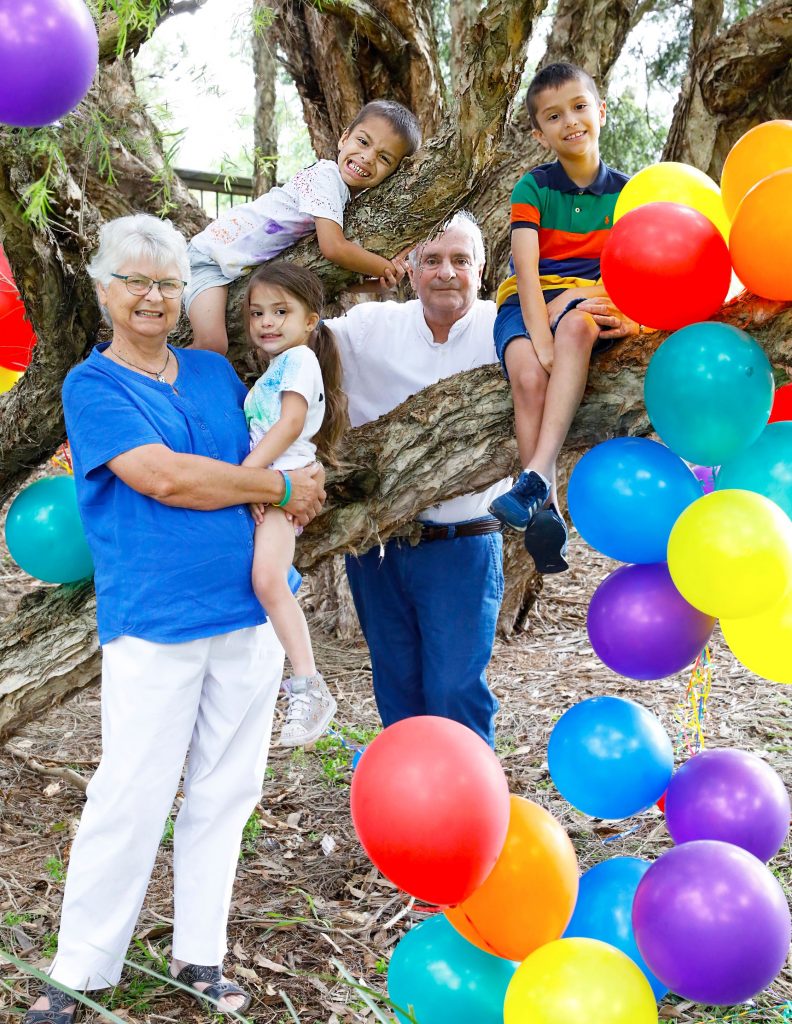 “In 2016 when I came back to Australia from a visit to my home country Nigeria, I had an epiphany – I wasn’t going to be accepted or liked anyway so I might as well go ahead and show myself the love I need and be happy and truly live my truth as an out, transgender woman.” “When I co-founded the bookshop with Wayne Harrison in 1982, I never thought in terms of ‘fearlessness’ about myself. But as a gay man I have always known that living my life openly was the only way to honestly navigate this one time I have on the planet. I’ve never needed to think about whether I should march against discrimination, or help with public vigils and raise funds during the AIDS crisis, or open the first gay bookshop. Instinct has always kicked in and I have been able to just plunge.” About the Author Ann-Marie Calilhanna

Ann-Marie Calilhanna is the Star Observer's staff photographer. She has been documenting the LGBTI community in pictures for over a decade.