Sydney Stingers escape the sting of heights with Skywalk

The gay water polo team took part in a Mardi Gras-inspired photo shoot at the top of Sydney's tallest building in nothing but their speedos.

TO get into the spirit of the Sydney Gay and Lesbian Mardi Gras festival, the team behind Skywalk at Sydney Tower recently invited the LGBTI-inclusive Sydney Stingers water polo team to get a bird’s eye view of the city.

But there was a twist: the team did the 45-minute guided tour around the outdoor observation deck almost 270m above the city, which included glass-bottomed platforms hanging over the edge, in their speedos. 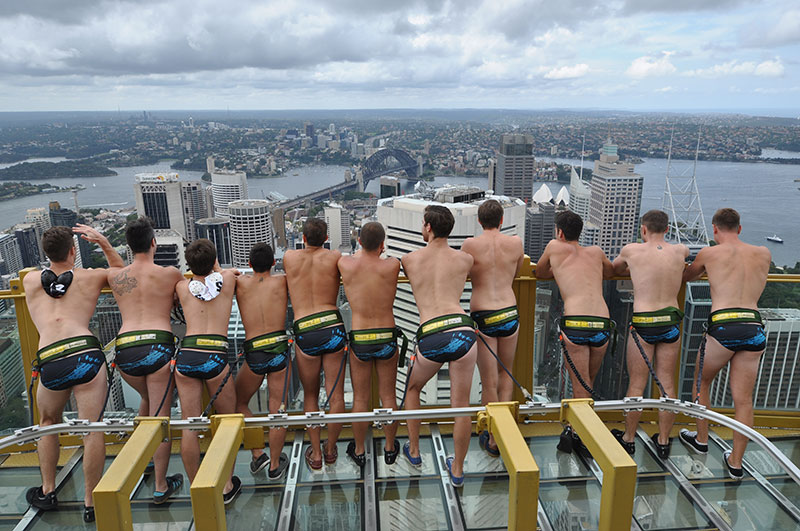 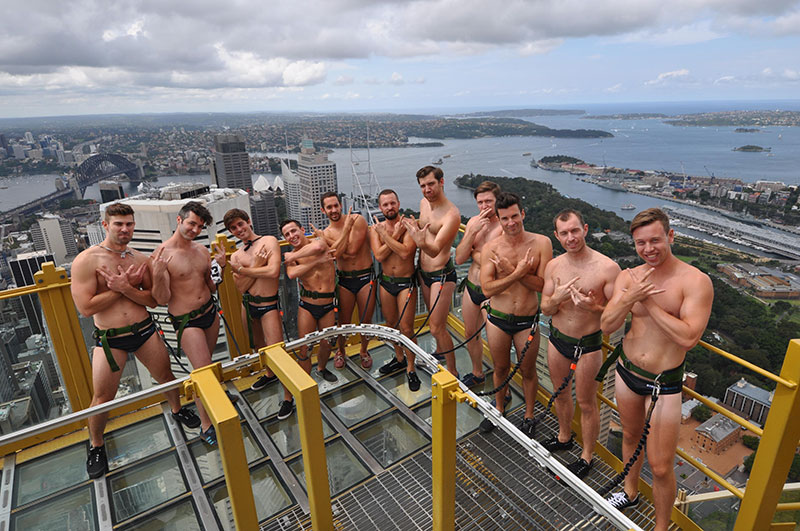 Admiring the view from the Sydney Tower. (Supplied photo)

Stingers president David Parson told the Star Observer that the view from the top was “surreal”, with Sydney laid out before the team like a “toy train set”.

“We all wondered why we had never actually done this before, after living in Sydney so long,” he said.

“Not knowing what to expect, I was pleasantly surprised by how calm and warm the weather was. Things however took a turn of the worst as we approached the glass viewing platforms— and looked down to see the human ‘ants’ below.

“Not usually one afraid of heights, I could feel my adrenaline starting to kick in, helped along by various humorous suggestions of imminent disasters by the tour guides.

“This aside, the guides also gave us some great insights into the history of Sydney and the local landmarks. We finished up after another terrifying moving glass platform on the south side of the tower.” 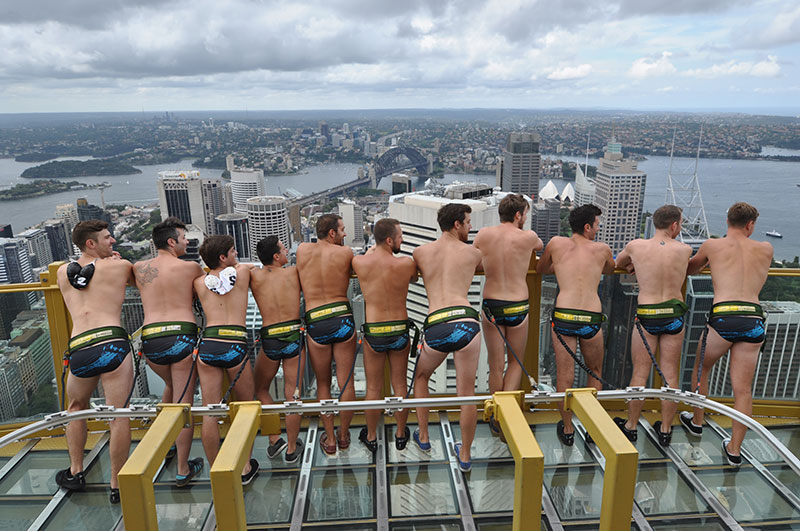 Enjoying the view from the Sydney Tower. (Supplied photo)