What’s On in your state

ARQ | Gagarazzi shows by Decoda Secret from 9pm. FREE. Followed by Eclipse Day Club from 5am.
Colombian Hotel | Instant Replay in the lounge bar hosted by Maxi Shields from 8pm and C.H.I.P.S with DJ Chip in the main bar from 9pm.
Midnight Shift | Knockout with Minnie Cooper and Boot Kamp hosted by Charisma Belle.
Stonewall Hotel | Let’s talk about sex hosted by Verusjka Darling from 7pm and Ru-Diculous Beatdown with the Accidentally Fabulous cast from 10pm. FREE

Abode | Mezzanine, set over 5 areas, the evening allows you to explore your indulgences in a safe, welcoming and respectful space like no other. from 10pm.
DTs Pub | Charity raffle from 6pm. Cash Bonanza from 10pm.
Kama Bar | Snatch Fridays with Nova’s Sisters of Sequin from 9pm.
GH | The friday night Project with Tabitha Turlington from 9pm. Boylesque Melbourne’s most theatrical, arousing & extravagant cabaret nightclub show from 9pm – $20.
Laird Hotel | The Cock Pen, meet other men from 9pm.
Sircuit | Bromosexual, a summer of bromosexuals with Nathan Smith from 11pm – FREE.

Brisbane
Beat Megaclub | Open from 9pm
Sportsman Hotel | Chill Out on Mondays from 5.30pm – $10 Meals
The Wickham Hotel | Open from 10am 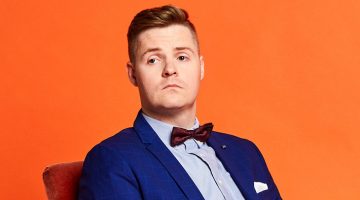