A crowdfunding campaign to assist a gay refugee activist, being sued by Australia’s Defence Minister Peter Dutton, with his legal expenses has raised over $118,000.

Dutton has sought aggravated damages for alleged defamation from Shane Bazzi, over the latter’s criticism of the minister on Twitter.

“One of the most powerful men in the country, Peter Dutton, is suing me for defamation. I need your support. If you have the means, please donate to my legal fund and share this far and wide. Any support is greatly appreciated,” Bazzi posted on Twitter.

If there is a surplus of funds, any extra amount will be donated to @RACSaustralia and @RapeDVServices

Bazzi said he is presently unemployed and had his Centrelink payments discontinued due to recent changes in policy introduced by the government.

Advertisement
In a tweet on Tuesday, Bazzi, renewed his appeal: “He’s (Dutton) on a salary of approx $400,000 and recently sold one of his properties for $6 million. I’m unemployed, my JobSeeker payment is $0 and I’m renting. please chip in to my legal fund”.

The crowdfunding campaign has set a target of $150,000 and as of Wednesday raised around $118,643. Bazzi said that any surplus funds that are raised would be donated to two organisations – Refugee Advice and Casework service and Rape and Domestic Violence Services Australia.

Bazzi was one of the prominent voices for marriage equality during the 2017 national vote in Australia.

My boyfriend @keithbirch is from the Isle of Man. #marriageequality was legalised there in 2016. Time to catch up, Australia. Vote yes 🏳️‍🌈 pic.twitter.com/RvqRz8Wpzk

The present case follows the allegations  levelled by Brittany Higgins that she was raped by a fellow Liberal staffer in then-defence minister Linda Reynolds’ office.

Advertisement
Dutton had in February 2021 claimed that he was not aware of the “she said, he said details of the allegations”.

The minister’s comments led to a public backlash on social media and on February 25, Bazzi posted on Twitter that “Peter Dutton is a rape apologist”. Bazzi had posted a link to a Guardian article that had reported Dutton’s statement that women were using rape and abortion as a ploy to enter Australia.

“Apology to Peter Dutton On 25 February 2021 I published a media release on my website, posted on my Twitter account, and made in the course of a press conference false and defamatory statements that Peter Dutton is a rape apologist, that he has sought to conceal and dismiss 1/2

Dutton, who said he was “going to start to pick out some of them to sue” initiated the legal proceedings against Bazzi. The minister claimed that Bazzi already knew that Greens senator Larissa Waters had apologised for posting a similar statement on social media.

Bazzi’s lawyers O’Brien Criminal & Civil Solicitors in a statement said Dutton’s decision to sue raises “genuine concerns” for the freedom of speech in the country.

“Mr Bazzi expressed an honest opinion on Twitter that Peter Dutton was a “rape apologist”. This opinion was based on a number of publicly reported statements that had been attributed to Mr Dutton. Statements that were about matters in the public interest and that would undoubtedly provoke a number of different opinions, including that expressed by Mr. Bazzi,” the statement said.

“Those who are elected to public office must expect to be subject to adverse opinions and society is entitled to expect a greater level of tolerance from such persons. For a politician to use the defamation law to stifle the expression of a public opinion is cause for real concern,” they added.

The crowdfunding campaign was launched by David Shoebridge, the Greens candidate for the NSW Senate, who said that defending defamation threats were an expensive proposition, but the activist had decided to stand up to Dutton.

The community has clearly shown they WILL NOT stand by when empowered MPs use defamation law to shut down criticism. You can help the cause and donate by following this link https://t.co/Gz5HWHbx3T

“Defending defamation threats is very expensive, meaning many people are often forced to retract their statements even if they are true or an expression of an honest opinion,” the campaign said, adding, “using expensive legal challenges to shut down opinion must be resisted.” 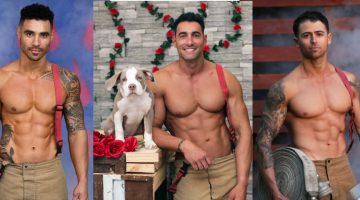