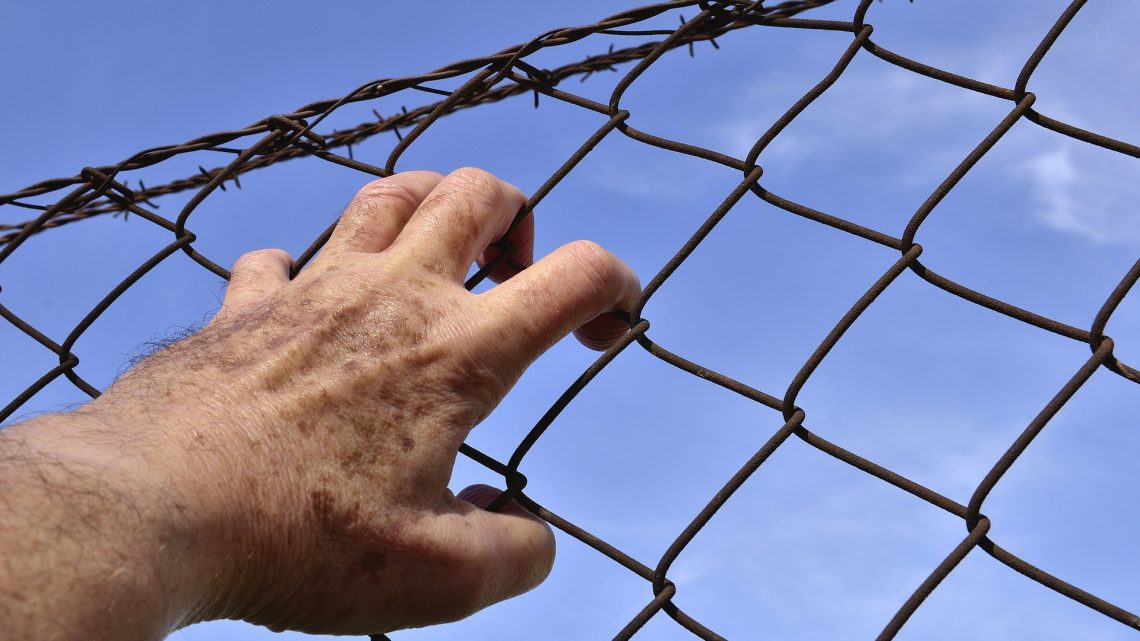 It’s bureaucratic bungling raised to the level of farce – except it’s not funny. The saga for the two gay Saudi journalists detained eight weeks ago continues with the couple of 20 years looking at spending this Christmas separated and in limbo. Sultan* and Nasser* were arrested at the airport after arriving from Saudi Arabia on tourist visas.

“I believe they were profiled as a ‘homosexual brown couple coming from Saudi’ and there was a suspicion that they might seek asylum,” explained their lawyer, Alison Battisson, Director Principal, Human Rights for All. “They were asked for their phones and their phones were gone through, examined and confirmed that they were seeking asylum – and when they were asked they answered truthfully.”

Thanks to their honesty they were arrested and detained and prevented from submitting an immediate application for permanent protection, which they otherwise could have done.

To exacerbate their case, the Minister for Immigration, Hon David Coleman, has gone on indefinite leave and been replaced by Hon Alan Tudge. This transition occurred just after Nasser’s release and prior to Sultan’s who is now caught in a bureaucratic bottleneck.

“All the ministerial interventions that have been sent to Minister Coleman have been sent back to the department, which could be scores of them or it could be hundreds of them, I kid you not,” explains Battisson. “And the department is waiting on instructions from Mr Tudge’s office as to how he likes to receive his briefings and his ministerial intervention requests, which could just be in the same format they’re in at the moment or could be to whatever he wants to be emphasised. So, no one knows, no one knows the time frame.”

It’s a system that chokes with two hands. The Migration Act does not allow delegation of powers. No-one but the Minister of Home Affairs or the Minister of Immigration can grant a visa from detention.

“If someone [ministerial] has a personal crisis or gets killed, then no decision can be made for this type of detention. It’s extraordinary and it delays so many people’s release entirely unnecessarily,” says an understandably frustrated Battisson.

In act three of this comedy of errors, the department confused the identities of the two men. Nasser was released on Friday and Sultan was to be released on the following Monday pending a medical appointment. But Sultan didn’t have a medical appointment on Monday, Nasser did. This all despite the fact that both men had already been medically cleared – the Department’s own health records show that they were both cleared. Nobody bothered to check.

“Sometimes the department is very efficient when it’s in their interests but often times they are not efficient at all,” says Battisson, who has dealt extensively with them.

She gives a glaring example. Once, she went to see a client who was about to be released and staff at the detention centre “brought out the wrong black man.” This poor individual had just been informed he was being released only to be turned back around again because they’d “made a mistake.”

The department already recognises Sultan and Nasser as refugees. They also know that the men are a same-sex couple, journalists, and come from Saudi Arabia. Battisson says that returning to Saudi Arabia is not an option for the two men.

“They would be disappeared and never seen again,” she explains.

“We have received notice that the Saudi government is aware of this case, so [Sultan and Nasser] have no choice but to stay here and be processed.”

Sultan is in the Villawood Immigration Detention Centre. Nasser is currently residing in an undisclosed location, but, Battisson says, he needs to travel “quite a long way” to visit Sultan. Not only that, but Nasser holds legitimate fears for Sultan’s welfare.

“Immigration detention is no joke. My clients are assaulted there weekly, and hospitalised weekly,” says Battisson.

She cites a client she had who was transgender (male to female) and was placed in the male area. “I only managed to get her out after she was sexually and physically assaulted.”

“So there’s a very real danger to Sultan and his safety. People know that he’s a gay man…and he shouldn’t have to hide that.”

The office of Hon Alan Tudge MP was contacted for comment but as yet has not replied.

*names have been changed to protect their identities