"My gaydar doesn’t work that well in the present, let alone retroactively... but one can only assume that's the case." Openly gay Democratic presidential hopeful Pete Buttigieg has said he is “almost certain” there has already been a gay US president.

Buttigieg, the 37-year-old mayor of South Bend, Indiana, has spoken widely about his sexuality as a component of his political vision, using his 2020 campaign launch to talk about his marriage to his husband, Chasten.

And in a recent interview for Axios on HBO, Buttigieg said he believed there had been closeted presidents before him.

The interviewer asked him how he would respond to critics—if he were to win the nomination—who might say he is “too young, too liberal, or too gay”.

“I will respond by explaining where I want to lead this country,” Buttigieg replied.

“I would imagine we’ve probably had excellent presidents who were gay, we just didn’t know which ones.”

Buttigieg added that “statistically, it’s almost certain,” but said he wasn’t sure which historical presidents were gay.

“My gaydar doesn’t work that well in the present, let alone retroactively,” he said.

“But one can only assume that’s the case.”

Buttigieg is not the first openly gay presidential candidate; Fred Karger launched an unsuccessful campaign for the Republican nomination in 2012, which eventually went to Mitt Romney.

But the surge in support, and reports of favourable early polling in battleground primary states, make Buttigieg a serious contender, despite his lack of name recognition compared to political veterans like Senator Bernie Sanders, who lost the 2016 Democratic nomination to Hillary Clinton, and former Vice President Joe Biden. 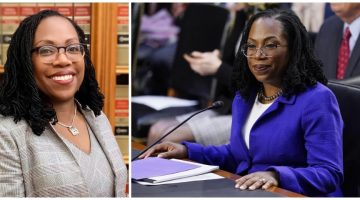