Victoria Police officers will march at this weekend’s Midsumma Pride parade in Melbourne, despite calls from a section of the LGBTQI+ community for a ban on their participation.

“Victoria Police cherishes the opportunity to celebrate and show our support for LGBTIQ communities and our own employees at the Pride March every year. Participating in the event is a proud reminder that the organisation is representative of the community,” a spokesperson for the Victoria Police told Star Observer.

“Police take great pride in representing the organisation in a formal manner, which includes marching in uniform, as a sign of respect to the communities we serve. Victoria Police strives to earn the trust and confidence of the entire Victorian community,” the spokesperson added.

20 Years of Victoria Police At Pride

Advertisement
This will be the 20th year that the Victoria Police will be marching in the Midsumma Pride parade. Police officers had marched in the Pride parade in uniform for the first time in 2002.

In 2002, then police chief Christine Nixon, in the face of criticism, had allowed police officers to march in the parade in their uniforms. Nixon also led the police contingent in the 2002 march, becoming the first chief commissioner in the country to participate in a Pride parade.

Since then, the police have come a long way in their efforts to make the organisation inclusive. In 2014, Victoria Police delivered a historic apology for the August 7, 1994 raid on Melbourne’s gay bar  Tasty Nightclub.

In 2019, then police chief commissioner Graham Ashton apologised to the LGBTQI+ community as well as gay and lesbian officers. This followed a report commissioned by the police and prepared by Victorian Equal Opportunity and Human Rights Commission (VEOHRC) that found that LGBTQI+ officers faced unchecked discrimination at the hands of mid-ranking senior officers.

Police And The LGBTQI+ Community

At present, Victoria Police has one LGBTQI Portfolio manager, one full time lesbian, gay, bisexual, transgender, intersex and queer liaison officer (GLLO), and more than 230 portfolio GLLOs across the state.

Advertisement
A 2017 survey had revealed that four percent of Victoria police officers identified as gay, while one per cent identified as bisexual. A member of Pride In Diversity, Victoria Police has been awarded bronze status in the Australian Workplace Equality Index in the past.

However, the relationship between the police and the LGBTQI+ communities is a work in progress. “Low levels of trust have resulted in some LGBTQI+ people feeling reluctant to engage with the police,” according to the Victorian government’s LGBTQI+ strategy paper.

A 2016 survey had revealed that over 51% of young LGBTQI+ persons were unlikely to report a hate crime to the police. In the past few years, incidents like the leak of custodial photographs of former AFL coach Dani Laidley and the raid on gay bookstore Hares and Hyenas  have dented that relationship.

This year, the call by some activists and community organisations to ban police participation in the Midsumma Pride parade was led by Sydney-based Pride in Protest. “To expect people who have survived police violence to march with their oppressors, denies their right to justice and safety at Melbourne Pride. Inviting police to march actively excludes the most vulnerable in the LGBTQIA+ community,” said the open letter.

There are others who feel banning the police may not be the solution. Long-time LGBTQI+ equality advocate   Rodney Croome said on Twitter that keeping the police out of Pride parades sends the wrong message.

Police marching in LGBTIQA+ pride parades sends an immensely positive message that change is possible and prejudice is no longer acceptable. Banning them undermines this message. pic.twitter.com/z2LEAJiPM1

“Police marching in LGBTIQA+ pride parades sends an immensely positive message that change is possible and prejudice is no longer acceptable. Banning them undermines this message,” said Croome. 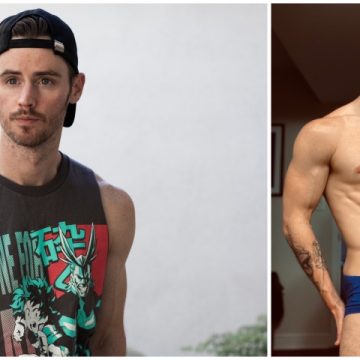