Now you know why they make so much bloody noise. 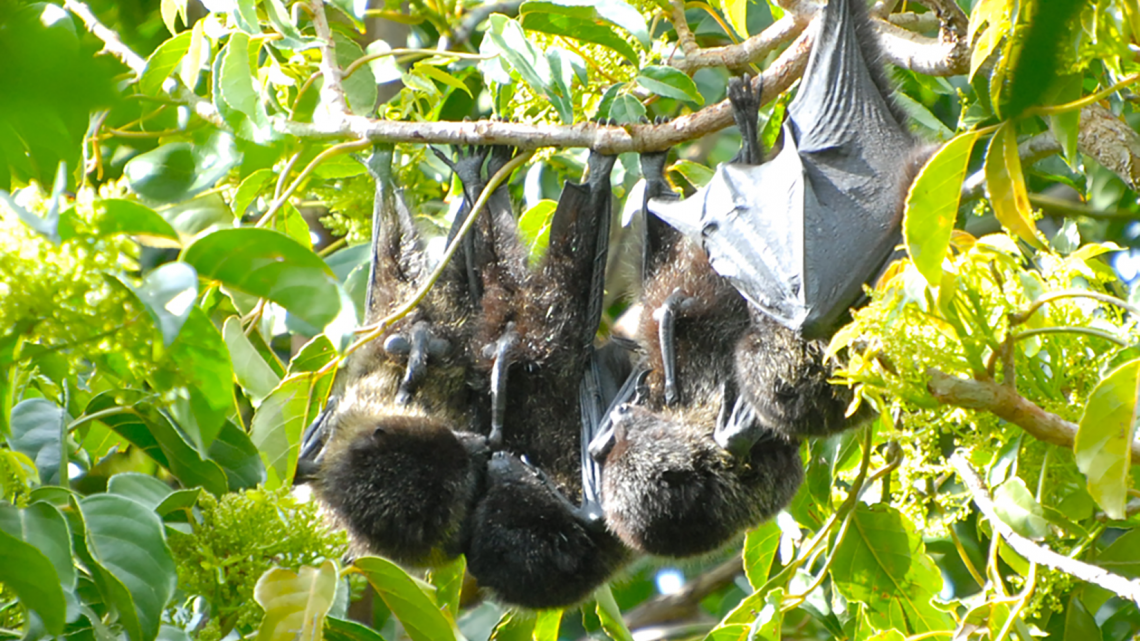 Flying foxes are well-known for their noisy habits, but research suggests their squabbling may result from feasting on more than just fruit.

The animals are known for having very slow reproductive rates and it turns out that may be because they just like to spend a really, really long time blowing each other, according to Australian Geographic.

Advertisement
Though they’re unpopular with farmers, flying foxes are surely popular with each other for their thorough investment in foreplay.

“Initially males groomed their penis before approaching a nearby female. Females typically moved away and males followed,” according to an Indian study published in PLOS One.

But it seems that the foxes’ sexual appetites are fairly insatiable and unrestrained by mainstream notions of sexuality.

The research explores whether the bats just love a bit of Vitamin D, or if it’s a social measure designed to reduce conflict in roosts. Basically, it’s a sexy power move.

“The direction in genital licking behavior was divided into four categories,” the study reads.

“During autogrooming, males also licked their own penises and achieved erections.”

Research has already established flying foxes’ polyamorous ways – the bats don’t even stick with one partner for a whole day before they move on to the next conquest.

The megabats join the gay animal mafia alongside lions, penguins, dolphins and many more.

So next time you hear flying foxes camped out in a tree nearby you can pause, smile, and think, “Nice.”

Previous post A queer guide to the 2018 Melbourne Writers Festival