Posters calling for the execution of gay people appear around Sydney 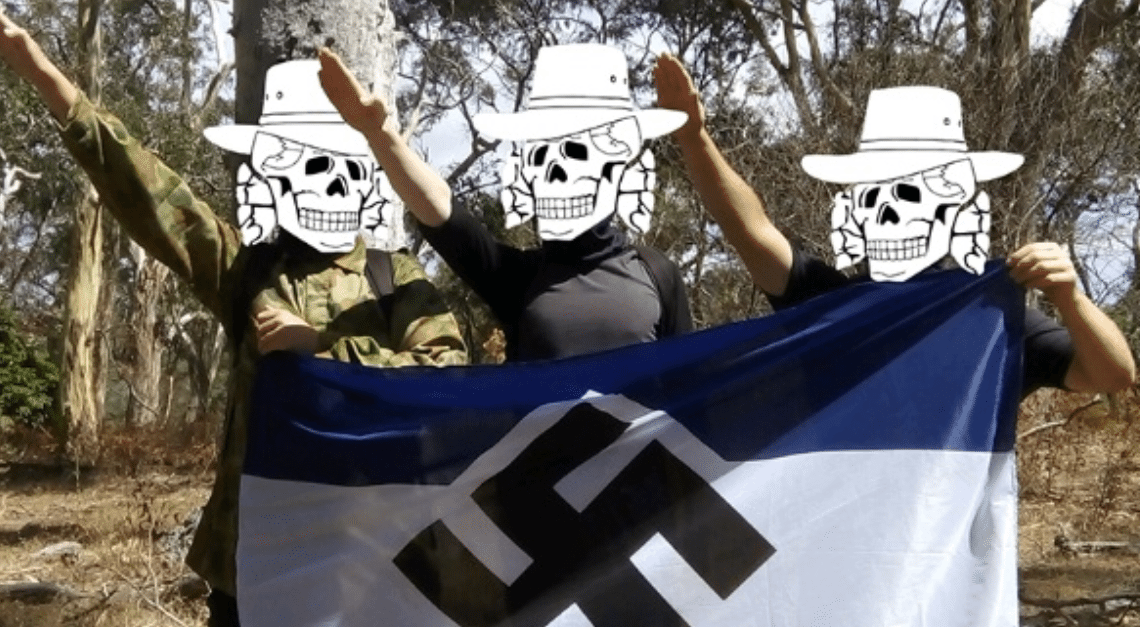 Posters calling for the execution of gay and Jewish people have appeared around Sydney, and police are reportedly powerless to do anything about the Nazi group responsible.

The posters, produced by the group Antipodean Resistance, bear images of killing gay and Jewish people, and slogans including “legalise the execution of Jews” and “get the sodomite filth off the street”.

Advertisement
In an interview on Radio 2GB, NSW Jewish Board of Deputies CEO Vic Alhadef said action is needed to stop the hate speech—and that inadequate laws against vilification mean police are powerless to stop the posters going up.

“It’s disgraceful, it’s horrific, it’s unacceptable that anybody in this country in 2018 can publically call for violence, death, murder against any group of fellow Australians,” said Alhadef.

“The law in New South Wales effectively says, go for your life. Let’s wait until something happens before we take action.

“The police cannot have their hands tied in that way.”

Alhadef said community group Keep NSW Safe has made a submission to the New South Wales government to get the law changed, making such hate speech illegal without the existing requirement for violent crime to directly follow.

Dr Dvir Abramovich, chair of the Anti-Defamation Commission, said the posters are part of a growing trend of homophobic and anti-Semitic propaganda appearing around Australia.

“These posters are part of a disturbing and dangerous surge in virulent hatred, and we should not wait until this abhorrent incitement and dehumanisation escalates into violence.

“It is no wonder that the primary targets of this extremist rhetoric are feeling fearful, vulnerable, and unprotected by the law.

“This pressing issue demands priority attention because of the threat it poses to the fabric of our society and to the safety of our citizens, and we all have a stake in countering this virulent bigotry through effective legislation before it explodes into physical injury or worse.”

The Nazi group’s hate posters have also appeared in other cities, including Brisbane, Adelaide, Melbourne and Hobart in recent months.

New South Wales Police have been contacted for comment.