The Star Observer has documented the many instances of violence against the LGBTQI community in NSW over the decades. Source: on file.

The NSW Parliament will once again delve into the state’s history of violence and persecution against LGBTQI Australians, with the reopening of the NSW Parliamentary Inquiry into Gay and Transgender hate crimes between 1970 and 2010.

The NSW Legislative Council’s Standing Committee on Social Issues launched the inquiry in September last year into institutional responses to hate crimes carried out against members of the LGBTQI community in NSW between 1970 and 2010.

The first round of submissions were collected between September and October last year and three hearings were held in November.

The ongoing inquiry will look further into the criminal justice system and whether there were impediments that impacted the protection of LGBTQI people in NSW, and the delivery of justice to victims and survivors of hate crimes as well as their families and loved ones.

It will also examine how past impediments have been addressed by current policies and practices, and also what role the so-called “gay panic defence” played in the culture of violence and harassment, and the judicial system.

ACON, NSW’s leading LGBTQI community health organisation, and law firm Dowson Turco Lawyers are encouraging people who have been impacted by historic prejudice-related violence to share their experiences and views by lodging a submission with the inquiry.

ACON CEO Nicolas Parkhill encouraged community members who may have missed the first round of submissions to take this opportunity to share their own experiences and have their voices heard.

“We commend the NSW Parliament for their commitment to shedding further light on the issue of historic hate crimes, and how judicial and justice agencies responded to these incidents,” ACON CEO Nicolas Parkhill said.

“With a range of community partners, we have been working hard to address the grief and trauma these tragic events have caused, which continues to impact on our community’s health and wellbeing today. Questions remain and we are encouraged that by reopening the submission process, we can take further steps towards healing and justice.”

In 2020, the Legislative Council’s committee will be travelling to the Far North Coast, the Central West, Wollongong, the South Coast and Sydney, to ensure that as many community members in NSW have their chance to be heard. Anyone from outside these areas is still encouraged to make a submission.

“ACON is encouraging members of our communities, especially those from rural and regional NSW, who didn’t have the chance to lodge a submission to the inquiry last year, to be part of the process. Your input is vital to improving our understanding of these events, and in the development of responses to ensure they do not occur again,” Parkhill said.

The inquiry was first announced in the wake of the report In Search of Truth and Justice: Documenting Gay and Transgender Prejudice Killings in NSW in the late 20th Century, released in May 2018.

The report was produced by ACON in partnership with a range of community organisations including Dowson Turco Lawyers.

“Through our own work with impacted community members, we know there has not been sufficient acknowledgement of the severity of these past hate crimes. In the journey towards achieving justice and healing, it’s important the events of this tragic period are examined independently and thoroughly,” Dowson Turco Lawyers partner Nicholas Stewart said.

“We know that this issue and the inquiry has been painful for some, but it is critical that our understanding of what occurred be as comprehensive as possible so that we can identify the impediments to justice, assess the adequacy of our current policies and practices, and scrutinise institutional responses to hate crimes.”

ACON’s Nicolas Parkhill added: “We extend our deepest thanks to the NSW Parliamentarians who have worked in a cooperative and bipartisan manner to ensure that this inquiry continues. Their leadership means a lot for the survivors, their loved ones, family and friends of victims and the broader LGBTIQ community.”

“This inquiry builds on the work of many dedicated LGBTIQ community members, groups, organisations and allies over a long period of time. We acknowledge their efforts in advocating for justice for those affected by these crimes.”

The second round of submissions will close on 31 January 2020. Submissions can be made here. 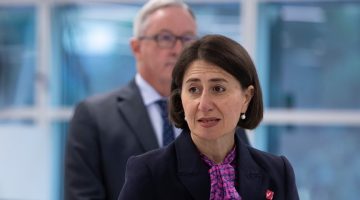