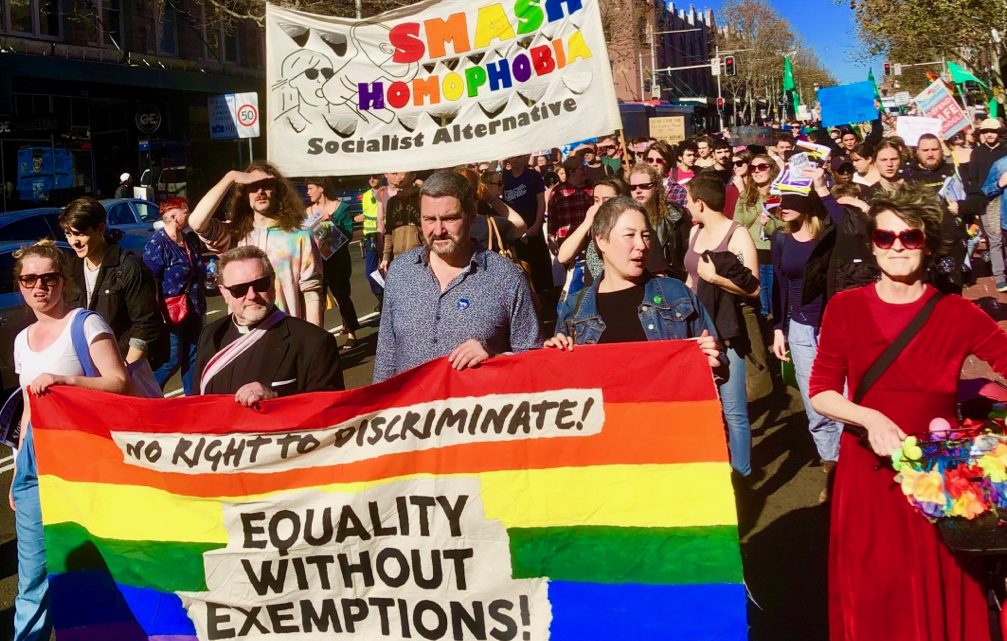 Protesters will converge at Town Hall at 1pm on Saturday, October 12, to protest the government’s Religious Discrimination Bill.

Rally organisers, Community Action for Rainbow Rights (CARR), are expecting a vibrant and angry crowd which will march through the CBD.

“The bill will allow health professionals anywhere to refuse medicine or procedures on the spurious grounds of religious belief,” says Cat Rose, co-convener of CARR.

“It puts the healthcare of LGBTI people and women in total jeopardy.”

The current draft form of the bill would override state laws and protect speech that “humiliates, intimidates, insults or ridicules” from discrimination claims.

It would also enshrine existing powers for religious schools to sack or expel LGBTQI teachers and students, grant new rights to discriminate for religious charities, and create the position of a Religious Freedom Commissioner.

“What we are fighting is the backlash of the conservative Right after our victorious campaign for marriage equality,” says Patrick Wright, co-convener, “The purpose of this bill is to empower a homophobic, transphobic minority, not to protect anyone from discrimination.”

“We are outraged that the Labor Opposition has signalled its willingness to work with the Liberal party on this heinous bill,” says Cat Rose, “It is down to the majority of the population to be the opposition to both parties in the fight against bigotry and discrimination, on whatever basis.”