"There will be costume reveals, comedy queens, earnest choreography and the ever present thrill that someone might fall off stage." 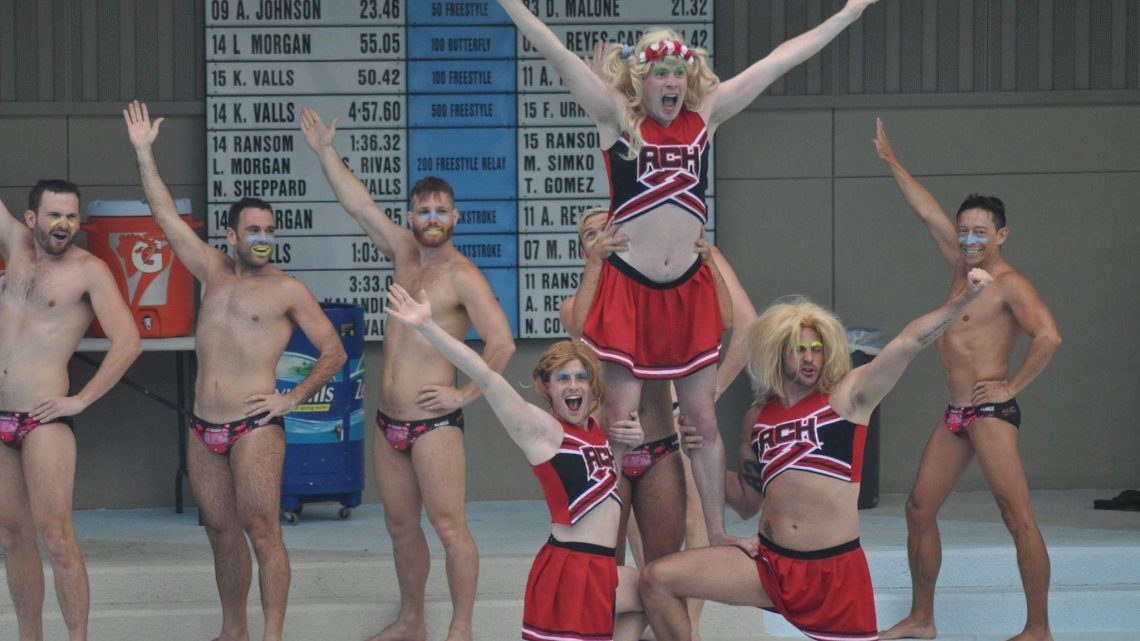 The Glamourhead Sharks and Melbourne Surge are set to host a drag battle later this month to help raise money for IGLA 2020, which will be held in Melbourne.

IGLA is an international aquatics championship for LGBTI athletes in water polo and swimming, and is generally held in Europe or North America.

Advertisement
Next year, however, the competition will be hosted in Melbourne for the first time, which will see upwards of 500 international LGBTI athletes arrive in the city to compete for their respective teams.

Paul Whelan from the Glamourheads believes it’s an incredible opportunity to show the global competitors what LGBTI athletes in Australia have to offer.

“From my experience in seeing how swim meets are run differently around the world, I know for a fact that ours is going to be the best, most well-organised and professional meet,” he said.

“I’m super keen to put on some unique social events too so that we leave a lasting impression on everyone who visits.

“We are aiming to host a Mardi Gras float directly after the championships, so that’ll be a big drawcard.”

The drag battle later this month – Queens of the Pool – will help fundraise for both the Glamourheads and Surge, to help cover the costs of brand and marketing materials, setting up a website, and pool hire.

Whelan believes it’s important for local LGBTI sport groups to work together and show solidarity where they can, irrespective of whether they play in the sport or not.

For Queens of the Pool, Whelan will be appearing as Donatella Wyfe with his masculine muse Johnny Gash, the glamorous drag king.

“We have some first time aquatic queens and some who have wobbled across the stage a few times before,” he said.

“There will be one particular performance that is sure to set the stage alight!

“Anyone who attended the Glams first drag show will know what I’m talking about. There will be costume reveals, comedy queens, earnest choreography and the ever present thrill that someone might fall off stage.”

Jesse Godfrey from Surge is excited to have IGLA on home soil, or water, next year.

He believes it’s an important event that promotes the benefits of aquatic sports to LGBTI people who would otherwise experience barriers to participation.

“It is sad to think that some people miss out on the many benefits we talk about because they are afraid of any sort of ignorance in the sporting community,” he said.

“It’s great to be a safe place for anyone who needs it.

“IGLA did an amazing job continuing to hold a very successful championships in Miami during the 2017 Outgames despite all the dramas and last minute cancellations of the entire event!

“I’m looking forward to showcasing Melbourne as a modern, vibrant city and people as well as my appreciation to IGLA for past events by making Melbourne 2020 IGLA Championships the best ever.”

For Queens of the Pool, Godfrey plans to tear up the stage as his drag alter ego, Kate Amine, along with three of his drag sisters.

“We are all in this together. The lines that separate us are thin or even imagined and the success of one in our community is something we can all share in,” he said.

“Doing good and having fun don’t need to be mutually exclusive so we are going to be sure to put on a night to remember.

“The Glams have really shown what an amazing spectacle they can put together so I feel like we at Surge have a little something to prove. Stakes are high and participants are amateur, which I think will lead to some amazing acts.

“We are going to bring together equal parts funny, concept and sexy.”

Queens in the Pool will take place on Saturday 23 March from 8.30pm at Sircuit. For more information or to buy tickets, visit: www.queensofthepool.eventbrite.com.au.