‘White people need to care about our issues before we educate them’: queer people of colour A group of queer and trans people of colour (POC) have agreed that education is a fundamental step towards eliminating racism within the LGBTI community, but that white Australia needs to be receptive first.

Speaking at a caucus as part of the Better Together conference in Melbourne, people of various ages, genders, sexualities, and cultural backgrounds discussed issues facing queer and trans POC in the country.

Advertisement
Many in the room agreed that education was a vital step towards bringing visibility to their intersectional communities, as well as helping to end racism from their white peers.

“Education is key at the end of the day, but you can only say it so many times,” she told the Star Observer.

“It’s tricky preaching these kinds of things because you can have the most amazing teachers and resources, but unless people care it’s hard to get things moving.

“So we have to plant the seeds in people’s heads that our issues matter, and get people to care, which comes down to getting people of colour involved.”

Brown added that white Australia, including those that identify as LGBTI, may be wary of confronting racism in the country.

“It’s a lot to take on, because there’s so much history, and it can be scary,” she said.

“But all it takes is baby steps, and once people start caring, the rest will flow.”

Advocate and lawyer at the Human Rights Law Centre, Lee Carnie, suggested there might be a reluctance by LGBTI people to air any “dirty laundry” when it comes to racism or exclusion within the community.

“Because we want to achieve equal rights, we often try to come across as a ‘model’ community,” she said.

Fellow Indigenous youth advocate, Casey Conway, said the conference was a great way for people to come together and better understand the unique ways people of colour face discrimination.

“One of the big issues that people of colour face in the LGBTI and broader community is that our experience as gay or queer people is very different to that of white people,” he told the Star Observer.

“So it’s nice to come together today and talk about how it affects us, wherever we are in Australia.

“I don’t think many white people are receptive to that conversation, but it’s a new one.

“And while it might be a struggle at the moment, hopefully in 2018 and moving forward things will change.”

The Better Together conference runs from January 12 – 13 at the Melbourne Town Hall, bringing together advocates and leaders from every sector in the LGBTI community. It’s an initiative by the Equality Project.

Read a Twitter thread from the queer people of colour caucus below.

At the Queer People of Colour caucus and it’s a full house 🙏🏻 Looking forward to engaging + important discussion. #BetterTogether2018 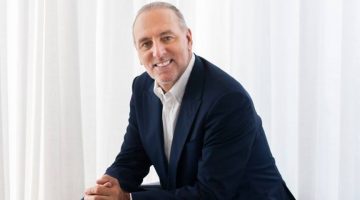