Youth Empowerment Against HIV/AIDS will cease to exist after having its government funding withdrawn. 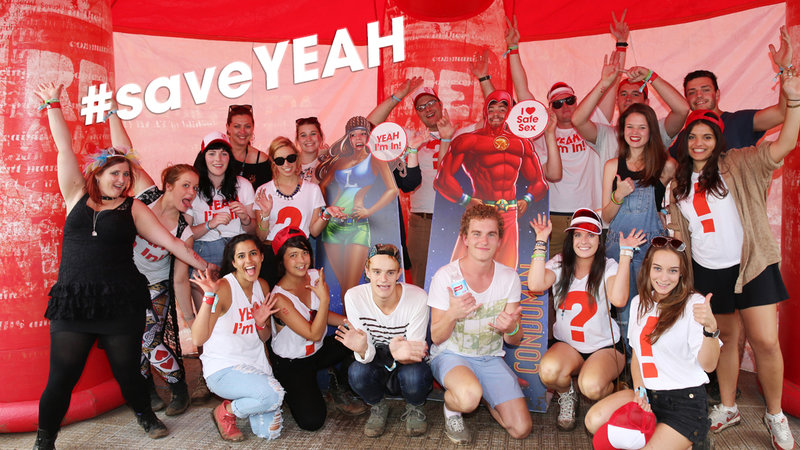 HEALTH organisation Youth Empowerment Against HIV/AIDS (YEAH) will cease to exist after June 30 this year following the Federal Government’s decision to withdraw funding for the organisation.

YEAH has been operating for 11 years as one of Australia’s few youth-led and youth-focused sexual health promotion organisations, but the team found out on Tuesday that they had not been successful in securing funding in a recent competitive Federal Government application process.

Advertisement
“We’re outraged, we’re shocked… and to some level betrayed because we have been delivering (services) with Commonwealth funding for seven years,” YEAH CEO Alischa Ross told Star Observer.

The organisation had its services consistently reviewed, which revealed not only did the organisation meet its targets, but often over-delivered on what it was funded to do.

Ross said it begs the question why would the Federal Government remove funding on something that was having such a great impact.

“The proof is in the pudding in terms of the number of young people YEAH reaches,” she said.

“I’m really sad our efforts are not being recognised and being so easily discarded after so many years of community services. What I’m really feeling is a huge responsibility to fight hard to find a solution to continue this work for the sake of the young that are YEAH.

“What kind of counterproductive message are we sending to young people if we say to them, ‘sorry your efforts aren’t worth it, don’t bother’.”

In Australia, 75 per cent of all STIs are occurring among young people aged 15-29 and a quarter of sexually-active high school students have reported experiencing unwanted or coerced sex. YEAH empowers young people to lead the way in sexual health education amongst its peers.

The organisation also prides itself on its inclusivity with more than 50 per cent of its young members identifying as LGBTIQ.

“YEAH offers a unique opportunity for young people to unite regardless of gender or sexuality to come together in an inclusive way and inclusive language to champion young people are around their sexual health and to not leave anyone out,” Ross said.

Kassy Drummond, 23, has been a volunteer with YEAH for two years and was tasked with calling other young volunteers to let them know the news that YEAH had lost its funding.

“A few of them were upset, they were confused… we’ve all put in so much time and effort. The state of sexual health in Australia will go down a lot, there’s nothing that has the same effect (as YEAH’s work),” she said.

“A lot of young people have had the same experience as me, that they didn’t have great sexual health education. Since I’ve been at YEAH, amongst my friends, they’ve been more motivated and educated to take responsibility for their sexual health.”

Drummond said any new service the government funds to replace YEAH “would have a high standard to live up to”.

The YEAH team are currently campaigning to have their funding reinstated and have set up an online petition to send to Federal Health Minister Sussan Ley.

Many young people took to the comments section of the petition to express their frustration at the decision and to also share how YEAH had impacted their lives:

“We need the community to speak up about how important it is to create opportunities for young people to be leaders in their own sexual health, that’s what Australia stands to lose if YEAH doesn’t find the funding to continue our services,” Ross said.

“We’re currently seeing a rise in STIs and we’re seeing a decline in condom use. What YEAH uniquely provides in an opportunity for young people to lead around their own sexual health education access.”

A Federal Department of Health spokeswoman told Star Observer that YEAH was unsuccessful in obtaining funding because “the BBV (blood borne virus) and STI funding round was strongly contested and selection of the successful applicants was based on merit.  Applications were also assessed for value for money, innovation and the applicant’s track record in delivering effective BBV and STI prevention and education activities”.

“The Commonwealth is confident in the open and merit based process that was undertaken through the ITA (invitation to apply), and that the successful applicant of activity 3 (funding) can contribute effectively in meeting the targets,” she said.

“Commonwealth funding of a number of the activities detailed by YEAH, such as the online sexual health education campaign and the online referral database, would duplicate funding designated through the ITA process.”