Harold Hillman was a closeted gay man that served on former US President Bill Clinton's commission to determine whether to lift the ban on openly-gay citizens serving in his country's defence forces. While the commission failed to repeal the ban at the time, he reflects on the profound impact it had on him.

IT’S wonderful to see things come full circle in life. I was invited last month to be the keynote speaker at the Chief of New Zealand’s Air Force’s leadership forum. Air Vice Marshal Yardley invited me to tell the story of how I lived an inauthentic life as a closeted gay military officer who was drawn into a showdown with my own personal integrity. I had lived most of my life denying that I was gay, which included me lying on my entry application to serve as an officer in the US Air Force. When you grew up gay in my world, you learned early to lie to that question without even flinching.

[showads ad=MREC]Once in the air force, I never anticipated that I would be so outstanding in the eyes of my superiors, who then asked me to serve on the Clinton administration’s commission to determine whether to lift the ban on gay citizens being able to serve openly, rather than closeted, like I was. Never before had I wandered into the eye of the storm, which would bring me face-to-face with my own vulnerability to finally accept that living a closeted life might eventually kill me. I was sequestered for three months on this commission, where I got to learn exactly what the military brass at the time truly thought about gay people. They would have no part in allowing gays to serve openly, so Don’t Ask, Don’t Tell was hammered out as a compromise.

I earned a medal for serving on that commission, but they pinned it onto a hollow man. For what shall it profit a man to gain the whole world, and yet lose his own soul? It was the first time a biblical verse ever resonated with me personally. I was deemed outstanding by the military brass who selected me to serve on such an important commission. That’s because they thought I was straight. Had they known I was gay, they would have discharged me with dishonour. By remaining silent and being a stellar impostor, I reinforced their bigotry, not to mention my own degradation of character. But that’s what impostors do. Earlier in my life, I hadn’t fully appreciated that you cannot sustain being who you’re not. Living in the eye of the storm for three months made me search deeply for any semblance of integrity. I found very little inside me. I had lost my own soul. Harold Hillman served on former US President Bill Clinton’s commission to determine if openly-gay soldiers should be allowed to serve in US defence forces. That commission failed (it wasn’t until President Barack Obama’s first term that the “Don’t Ask, Don’t Tell” policy was finally repealed), but Hillman eventually came out as gay.

Shortly after that, I came to terms with who I am, and sat down to have the most important conversation of my life with my wife. I then slowly redefined my role as ex-husband and father no longer living with my daughters, and I began living my life — for the first time — as a whole, integrated person.

Twenty-two years later, to have my country’s new chief of the air force invite me to come tell my story, and then for the military brass to say to me, “welcome home, Major Hillman” — now that is a marvellous example of life coming full circle.

Even though we still have huge stretches to traverse, I have seen a revolutionary shift in how the world thinks about gay people. And I thank every gay, lesbian and transgendered person who was more courageous than I ever dared to be then, when it might have mattered the most, who dared to be different and to have voices that did not stifle themselves out of fear of being stifled. Social order does not change when those who dare to think differently also choose to be silent. Growing up black and gay in America, at a time when it was just becoming cool to be black and people were just getting comfortable with the word “gay”, I have experienced the dilemma of chasing the ideal standards associated with being both white and straight. And let’s not forget being male. These ideals shape our definition of success, and those of us who didn’t grow up white, straight or male often strive to be these things, largely because they translate into success. I spent a huge portion of my life chasing ideals that didn’t match who I was as a person. For me, full circle is like redemption. I have finally settled into who I am, and I love that being myself is resonating so deeply with others.

Companies that are serious about diversity understand that it can only thrive in cultures where authenticity is truly valued. Hiring women or ethnic minorities just simply to do the numbers game — to have the right optics — only perpetuates the implicit expectation that we will not disrupt the social order. Diversity is not just about numbers. It’s about a mindset that enables others to feel that they don’t have to be white, or straight, or male to be successful.  Authentic leaders make it okay for people to bring their whole person to work every day, where the energy is about connecting with others, rather than holding back and containing all that they can give.

It is my hope that no one will ever go to the extent that I did to fit in, be accepted, and be deemed acceptable by those guardians of the company’s social order. It’s not sustainable to live life as an impostor. It’s just a matter of time before the inevitable reckoning.

There is nothing more powerful than being able to stand across from yourself in the mirror, looking deep in your own eyes, and being able to say with conviction: I’m a whole person.

Harold Hillman is the author of The Impostor Syndrome (2013) and Fitting In, Standing Out, published by Penguin Random House, which is out now (RRP $35)

About the Author Harold Hillman 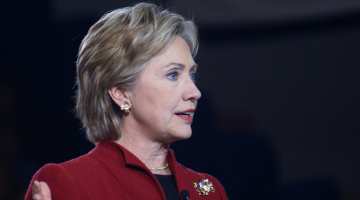