The director of 'Gaybies' explains why he expects the play to soon become a historical piece, while one half of the Naked Magicians invites the anti-gay lobby group to come see the production. 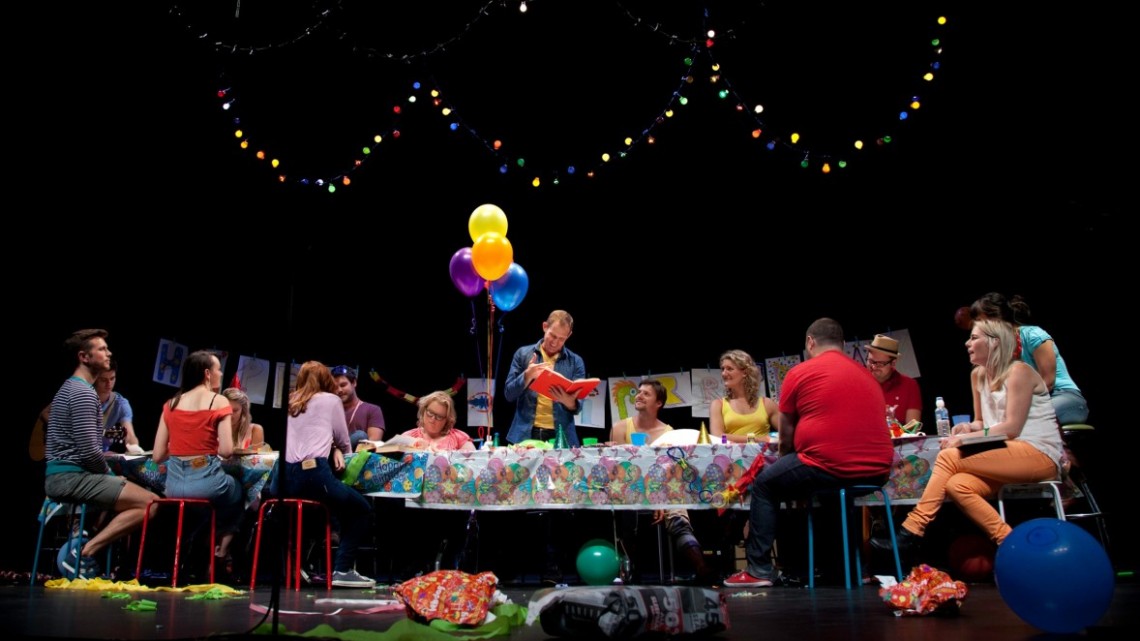 RARELY would the creative minds behind a theatrical production not mind seeing their work become dated and old fashioned before it even hits its next stage.

Howerver, this is something the director of a play dealing with the topic of same-sex parents, which showing next week during Brisbane’s MELT festival, largely expects.

Advertisement
“I do think there’ll be a time when we look back at this play and think it’s just so anachronistic and be this odd historical piece,” Brisbane Powerhouse artistic director Kris Stewart told the Star Observer.

“The rate of change in public opinion that we’ve seen over gay rights issues like marriage… it will really just be our racist nanna that will continue to oppose them in a few years.”

Premiering during Melbourne’s Midsumma Festival two years ago, Gaybies will finally make its mark in Brisbane.

The production features actors and non-actors from across the LGBTI and straight ally communities sharing the real life stories of children brought up by same-sex parents.

“I was absolutely fascinated by the idea and story behind the show and because I see a few productions come and go and not have the chance to stay long enough in people’s minds, I wanted to make sure Gaybies could continue to share it’s crucial message,” Stewart said.

“The beauty of the show is that it’s actually simple and beautiful and most of all, honest. In many ways it needs a director who knows to stay out of its way just enough and let it develop naturally.”

Featuring an extensive cast of 17 that includes Brisbane Festival artistic director David Berthold and Labor’s federal candidate for Brisbane Pat O’Neil, Gaybies also features straight allies such as one half of the Naked Magicians, Christopher Wayne.

The former pastor-turned-gay rights advocate makes no bones about his disillusionment with many in the Christian faith that reject the LGBTI community, and said that while he did not identify as gay, he could still connect with the stories featured in Gaybies.

“I’m a 31 year-old straight man from Brisbane who was raised by his mum. So to be fair, I don’t fit the same mould as the characters in Gaybies. However, when I was eight my parents divorced, and at the time divorce wasn’t as common as it is now, and I was the odd kid out,” Wayne said.

“I remember feeling incredibly different from everyone I knew, and it had a huge emotional impact on my young life.

“I acknowledge that it isn’t the same struggle faced by the characters in this show nor by LGBT people in 2016, but to prepare for my role in Gaybies that is what I am drawing on as an actor and performer.”

Wayne recently extended an invitation to the Queensland director of the Australian Christian Lobby (ACL), Wendy Francis, along with members of the lobby group, to come and watch the show following a post he saw on social media.

“It’s no secret that Wendy and the ACL are opposed to marriage equality, and that is not my issue, because the truth is, they are allowed to be,” Wayne said.

“My issue is that as a political party, as individuals, as Christians, as humans, they dedicate their time and their money to being outspoken about this, and actively fight to make sure that people that live a lifestyle different to theirs are not extended the same rights as them.

“Last week one of their representatives was quoted to say: ‘We’ve got to build the biggest army we’ve ever seen to argue for marriage’. An army.

“So my invitation was to have them along, in the hope that they would hear the stories of people raised by same sex couples, to hear the stories penned by LGBT people, and not be converted, but maybe put down their hypothetical guns and accept that we don’t all have to believe the same thing.”

It may not come as a surprise that to date, Wayne has not yet heard anything from Francis.

“Which is a shame… Does Wendy read the Star Observer? If so, Wendy, drop me a line,” he said.

“In the hopes that they are reading this, or someone they know is, please know that in exchange for any ACL members attendance to a performance of Gaybies, I will donate my entire performance fee to the Lady Cilento Children’s Hospital foundation.

“I think this show is great for everyone, no matter what their belief. At the core of this show, it celebrates that we are all people, and that love is love.

“That’s a real basic premise and almost a stereotype as a sentence, but it seems that somewhere in all the hooting and hollering that basic principle has been lost by people like those of the ACL.”

It’s the honesty of the love being expressed and stories being told that lies at the heart of Gaybies, according to Stewart.

“Everything that is in Gaybies is something that was honestly shared, it is genuinely someone’s life… through something like this you can witness the actual truth behind the issue from those who have lived it.

“It’s people sharing the stories of their families, and families are weird. Let’s embrace and celebrate that.”

Gaybies is on February 3 – 6 during the Brisbane MELT queer arts and culture festival. For details and tickets, click here. Next post Gay men dropping their pants for a good cause