Superstar DJ brings it all together

Dutch trance master Tiesto has amassed a loyal following amongst hardcore danceheads since his debut at the beginning of the noughties.
But with the release of his latest album, the aptly-titled Kaleidoscope, the DJ and producer reaches beyond the confines of trance for a new type of fan — collaborations with everyone from queer indie heartthrob Kele Okereke to pop star Nelly Furtado ensuring more people than ever before will hear Tiesto’s music. However, he insists the album wasn’t a concerted play for mainstream appeal.
“On Kaleidoscope, it is all about bringing together all the different musical influences I am enjoying at the moment. I didn’t set out to make a commercial record, but I hope people are enjoying it,” he told Sydney Star Observer.
Many of the tracks seem to find a happy medium between Tiesto’s style and that of his guest vocalists, case in point being the stunning new single Feel it In My Bones, featuring Tegan and Sara, which treads a fine line between Tiesto’s harder dance beats and the twins’ riot-grrrl guitar stylings.
“I chose to work with artists whose music really inspired me and that I felt would have an emotional connection to the songs. They were the only criteria,” he said.
“When I created the album, it was about incorporating the guest artists with sounds that I had in mind.”
And unlike many modern musical collaborations, where producers and singers literally phone in their performances from studios on opposite sides of the world, Tiesto was sure to work one-on-one with all of his famous guests.
“Most of the production was done in the Netherlands. The UK, Miami and Los Angeles are where I met the other artists in the studio.
“I wouldn’t say there was one artist I got along with better than the others, but I clicked with everyone in a unique way and each of them brought something different to the songs.”
Alongside the emotive Feel It In My Bones, other songs on the album — such as soaring first single I Will Be Here, featuring an outstanding vocal performance from Sneaky Sound System’s Connie Mitchell — seem to tug at the heartstrings more than your average dance track. Tiesto said he hoped his music moved more than people’s feet.
“Trance is a very emotional and uplifting form of dance music. It appeals to many people in this way, having such a strong connection with emotions.
“Music is such an important part of people’s lives and I hope this [album] in particular has that kind of emotional impact.”
Already looking to the future, Tiesto said he’s starting to compile a wishlist of possible guests for Kaleidoscope’s inevitable follow-up.
“My list of artists is always growing… I would love to do a song with Santogold or MGMT,” he mused. 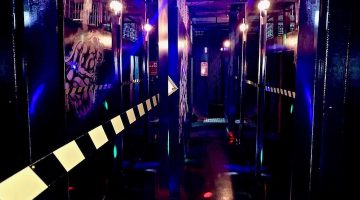