Six essential films to see at the Sydney Film Festival

The program features 288 films (and counting) from 59 countries. Armie Hammer in Call Me By Your Name.

The 64th Sydney Film Festival kicks off today, with 288 films from 59 countries making up the massive program.

Advertisement
That number has risen with the addition of recent Palme d’Or winner The Square, as well as Robert Pattinson’s Good Time, Jupiter’s Moon, Tehran Taboo, Blade of the Immortal, A Man of Integrity and I Am Not A Witch all direct from the Cannes.

It can be hard to narrow down to the necessities if you only have time for a handful of movies, so we’ve listed some of our picks for must-see films at the festival.

Call Me By Your Name

It’s difficult to imagine André Aciman’s 2007 novel of the same name finding a more appropriate director than Luca Guadagnino, whose films – A Bigger Splash, I Am Love – are defined by a lush, sensuous beauty.

Call Me By Your Name is the story of a 17-year-old’s boy’s summer at his parents’ villa in Italy, and the revelatory relationship he embarks upon with his father’s new American assistant.

Played by Timothée Chalamet and Armie Hammer, the connection Elio and Oliver form is suffused with lust, love and melancholy.

With a script co-written by James Ivory of Merchant Ivory fame, brought to life by cinematographer Sayombhu Mukdeeprom (Arabian Nights, the 2015 SFF prize-winner), this is an unmissable film that’s sure to be in play come Oscar season. Daniela Vega in A Fantastic Woman.

Those who were lucky enough to catch Sebastián Lelio’s Gloria at the festival in 2013, or in cinemas in 2014, will know just how exciting the prospect of a new film from the Chilean is.

With it recently announced that Lelio will be remaking Gloria as an English-language feature starring Julianne Moore, the writer-director is poised to follow his countryman and frequent producer, Pablo Larraín (Jackie, Neruda), in finding even wider acclaim.

A Fantastic Woman stars trans actress Daniela Vega as a woman who, after her older, male partner dies, is met only with suspicion and prejudice while trying to grieve.

Films about trans people and starring trans people remain exceedingly rare, and this Almodóvar-influenced, shapeshifting film is poised to be a major entry in the new queer cinema canon. James Baldwin in I Am Not Your Negro.

I Am Not Your Negro

One of the great (gay) writers of his or any time, James Baldwin’s writing comes to life in this Oscar-nominated documentary.

With race relations in America remaining complex and volatile, Baldwin’s incisiveness on the topic is as necessary now as it was during his lifetime. Throwing clashing personalities into a room is one of the great foundations of cinema, and in that tradition comes The Party.

Written and directed by Sally Potter (Orlando), the film stars Kristin Scott Thomas as a career politician celebrating her promotion with a dinner party.

Shot in a textured black-and-white, The Party will be the perfect film to watch as the dust of the U.K. election settles around us. The ‘Lethal Ladies’ of Step.

Winner of a Sundance Special Jury Prize, Amanda Lipitz’s Step takes place against the backdrop of riots following a black death in custody. But the documentary itself is about the ‘Lethal Ladies’, a stepping team at Baltimore Leadership School for Young Women.

Stepping, a dance style deeply rooted in African-American tradition, is incredible to watch.

Beyond the pressures of getting into college and winning a state competition, the film explores racial inequality through the women and, not unlike 2016 ballroom culture doco Kiki, serves as a vibrant portrait of what life is really like today in America’s low socio-economic urban centres. Looking to the Southern Cross in We Don’t Need a Map.

We Don’t Need A Map

Warwick Thornton, whose film Samson & Delilah moved audiences around the world, has spent much of his time since making documentaries. 2013’s The Dark Side explores Indigenous ghost stories, and he again looks to the beyond with We Don’t Need a Map.

This essay film explores the contrast in meanings of the Southern Cross; the famed constellation, which has obtained a dubious iconography in Australian nationalism, holds deep significance for Aboriginal people.

Thornton’s exploration of this symbol’s national and native importance promises to be both playful and inventive.

The Sydney Film Festival runs from June 7 to June 18. Tickets for the full program are on sale at sff.org.au. 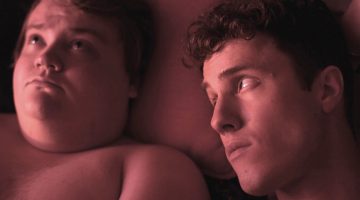