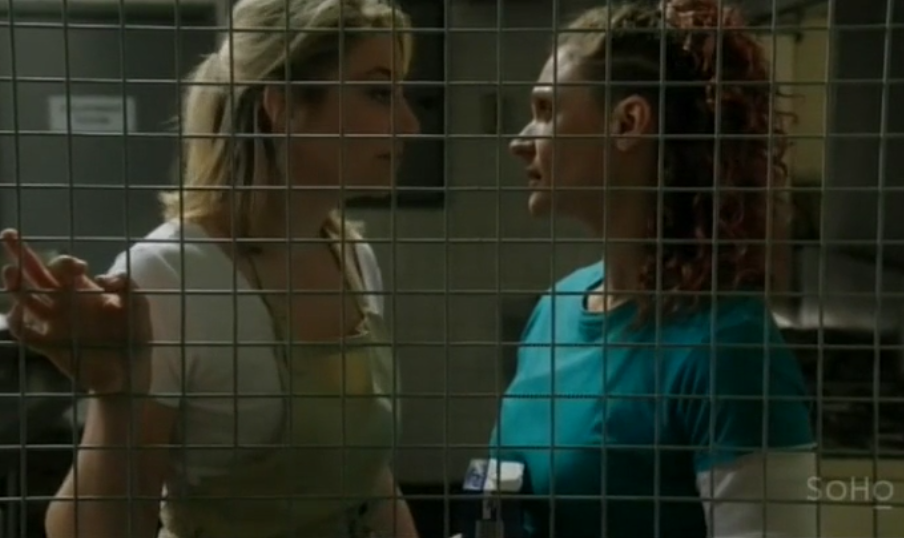 FANS of Foxtel’s prison drama Wentworth have been watching with bated breath as a surprising new romance has started to emerge.

While the show has never shied away from LGBTI characters and storylines, the decision to introduce a female love interest for ‘Queen’ Bea Smith (portrayed by the uber-talented, Logie Award winner Danielle Cormack) has left fans on the edge of their seat – for all the right reasons.

Advertisement
The chemistry between Cormack and newcomer Kate Jenkinson is palpable.

Smith has always identified as heterosexual, but has been shown struggling to come to terms with her attraction to Jenkinson’s Allie in the early episodes of season four. It all came to a head in Tuesday’s episode when the pair finally shared a passionate kiss.

“I had a discussion with the writers early on when they were storylining season four about exploring Bea’s sexuality as it hadn’t been charted on the series,” Cormack told the Star Observer.

“It was an exciting progression for Bea to have that aspect of her character ignited and challenged, liberating her from the state of sexual and emotional inertia.”

Cormack also described working with Jenkinson on the romance storyline as an “absolute joy”. Bea and Allie share a sneaky kiss in the prison’s kitchen.

“I would work with her on anything in a heartbeat,” she said.

“She was the perfect person to hold hands with and walk through what I think will be one of the greatest love stories of Wentworth… Or will it?”

Next post How to dine with a fine wine