The Mr Gay World competition has moved the location of next year’s pageant away from Hong Kong due to Chinese authorities’ unwillingness to assist with LGBTI events.

Organisers said they could not proceed with hosting the competition in Hong Kong as the local hosting company was based in mainland China and was not receiving cooperation from Chinese authorities.

“It is with great disappointment that I’ve been informed that Mr Gay World will not be able to go ahead in Hong Kong due to the struggles that our Chinese colleagues and their families are facing in their homeland,” said Eric Butter, Mr Gay World president and founder.

“The safety of our delegates and their families is of utmost importance.”

Mr Gay World board chair Igor Scheurkogel said they could not go into detail about the obstacles encountered by the hosting company or say who was affected by the apparent crackdown due to privacy and safety concerns.

“The last communication received from the liaison between MGW and the organisers reads as follows: ‘The issue is that the Chinese authority is coming down hard on the company and has issued a warning that it stop promoting LGBT rights, activities (commercial or otherwise) in China,'” he said.

Scheurkogel said that the hosting company stopped responding to emails and social media contact across the past month.

Hong Kong had been selected to host the competition “on the strength of [Hong Kong] being a popular destination for global supporters of the LGBTQ+ community.”

“We were obviously quite excited at the news that Mr Gay World has chosen us as the host city,” host company spokesperson Charles Sun said at the time of the announcement.

“We have many challenges in our country, especially when it comes to LGBTQ+ rights. But we are hoping that our government will see the financial benefits events like these have on our economy.”

Bruno expressed his disappointment that the competition was forced to move.

Hong Kong has also been selected to host the Gay Games in 2022. 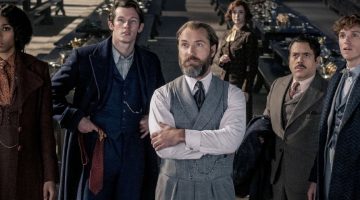