Stars of the Australian TV show The Block Mitch Edwards and Mark Mckie at the 2022 Sydney Gay and Lesbian Mardi Gras. Image: Supplied

Around five years after Australia legalised same-sex marriages in 2017, nearly 24,000 gay marriages were counted in the 2021 Census, the Australian Bureau of Statistics has reported.

The first round of 2021 Census data released on Tuesday had sparse details about LGBTQI Australians. The former Scott Morrison government had ignored calls by LGBTQI organisations to collect data about sex, gender, sexual orientation and variations of sex characteristics in the 2021 Census.

Advertisement
Advocacy groups have now called on the newly elected Anthony Albanese government to follow the lead of New Zealand, Canada and UK and count LGBTQI people in the 2026 census. “The release of census data gives us fascinating insights into the diversity of the Australian community – what we believe, what language we speak at home, rates of chronic disease, and other key demographic data that will inform crucial decisions about what services are provided to communities, and where,” Anna Brown, CEO of Equality Australia, said in a statement.

“But once again, lesbian, gay, bi+, transgender, intersex and queer people are not properly represented in the census data, because the ABS and the minister responsible at the time failed to ensure much-needed questions about sexual orientation, gender identity or variations in sex characteristics were asked or asked properly.”

Advertisement
“Until we’re counted, we’ll remain invisible. That’s why – with the first release of 2021 census data – our communities are coming together again to say that it’s time for the Census to stop leaving LGBTIQ+ people out, and count us in,” said Brown. According to Australian Statistician Dr David Gruen, the 2021 Census data “provides a fascinating glimpse into the structure and changing profile of Australian families.” The 2021 census counted over 5.5 million couple families. Around 46.5 per cent of Australians over the age of 15 or around 9,665,708 were in a registered marriage.

Advertisement
The details released on Tuesday did not have information about same-sex couples who are not married to each other or LGBTQI people who were not in a same-sex relationship. The 2021 Census for the first time had the option of choosing non-binary as a sex marker for people who did not identify as male or female. However, according to community organsiations “the language was confusing, conflated the trans and intersex population, and failed to count most trans people who identify as simply male or female.”

“LGBTIQ+ Australia was left with a sour taste in its mouth after being deliberately left us out of the 2021 Census. In 2026, we shouldn’t have to get married to be counted properly, or be asked ill-fitting questions about who we are or our families,” added Brown.

Around 8 Million Australians Have A Long-Term Health Condition

According to Nicky Bath, CEO of LGBTIQ+ Health Australia, if LGBTQI variables had been included in the data, “we would have access to much needed data to assist with planning and where to focus investment in mental health services and in building the capacity of the mental health sector to work with LGBTIQ+ people.”

“We cannot change the past, we can change the future and today I call on the Federal Government to ensure that in 2027 when the data is released from the 2026 Censusthat the Australian Bureau of Statistics, Statistics Standard for Sex, Gender, Variation of Sex Characteristics and Sexual Orientation Variables, 2020 (2020 Standard) is included,” said Bath. 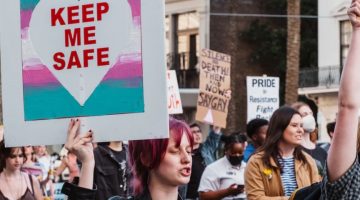