Liverpool-born Ashley  was the second person in British history to ever have male-to-female gender affirmation surgery.

Advertisement
After saving up enough money for the procedure by performing in the Parisian nightclub Le Carrousel, she travelled in 1960 aged 25 to Casablanca in Morocco to have the operation that she claimed, according to the Guardian, “made her the happiest she had ever been.”

Warning: This story discusses attempts to die by suicide and might be distressing to some readers. For 24 hour crisis support and suicide prevention call Lifeline on 13 11 14. For Australia-wide LGBTQI peer support call QLife on 1800 184 527 or webchat.

In 2012, the Queen awarded Ashley a Member of the Order of the British Empire – also known as an MBE – for her services to the transgender community. She was not only an LGBTQI advocate. She was also an actor, model and author, and had been featured in Vogue with photographs by David Bailey.

Advertisement
Trans writer, director and actor, Jake Graf tweeted: “A true trailblazer of the trans community has left us. April Ashley MBE was the definition of grace and humility, despite having fought hard throughout her life for her place in society. A true queen. Gone, but never forgotten. Rest in power.”

A true pioneer for the trans and wider #LGBTQ community, April Ashley MBE will be remembered for being unapologetically herself in a world that was stacked against her. I and many others owe her a great debt. May she rest in power 🏳️‍⚧️🏳️‍⚧️🏳️‍⚧️ pic.twitter.com/gJNCfJSPUL

Trans pioneer, actress & 1950s Vogue model #AprilAshley MBE dies aged 86. She was the GREAT trans trailblazer for decades. I was so honoured to know & support her in a past era when she was reviled after being outed as trans. Hero! Rest in power! https://t.co/a2tvm01MS1 pic.twitter.com/95p1Eb2TlC

British LGBTQIA+ magazine Attitude interviewed her in 2015. She spoke to them about some of the hardships she experienced during her adolescence: “I had to go through six weeks of electric shock treatment as a teenager, which in those days was very primitive. Your eyeballs bled.”

Ashley came from a working-class family in Liverpool, and in her teens, she joined the navy. She had a brief stay in a psychiatric hospital following several suicide attempts, and moved to London in 1955 before heading to Paris.

Sleep softly April Ashley, dead yesterday at 86. Institutionalised as a 17 y/o for mental distress relating to being trans, outed by a friend to the tabloids in 1961, cheated by the British legal system and Lord Corbett out of a proper divorce or maintenance payments in 1969. pic.twitter.com/ihHkb2hjnz

After she had her gender reassignment surgery, she returned to England where she was recognised as female on formal documents.

Advertisement
She went on to have a successful career as an actor and model until 1961 when the Sunday People revealed she was transgender. 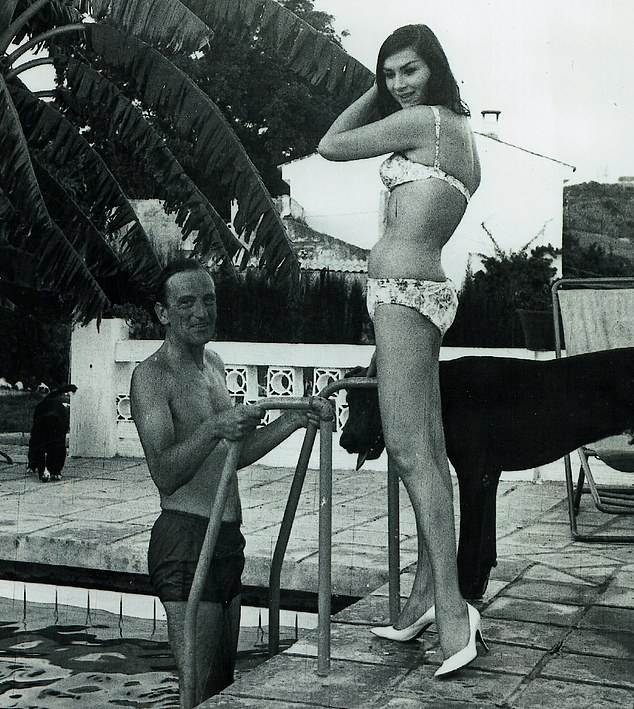 Ashley married an aristocrat, Arthur Cameron Corbett in Gibraltar in 1963. When they divorced in 1970, the judge deemed their marriage invalid due to English law stating that it was impossible for a Briton to change their sex.

Ashley was left penniless and couldn’t get any more gigs as a live performer because her employers didn’t want a transgender person working for them. This forced her to escape to the US west coast where she lived without having to deal with discrimination or prejudice.

It was there she reportedly had affairs with actors like Peter O’Toole and Omar Sharif. Elvis Presley was also supposed to have been “besotted” with her according to The Mirror. He would send her bottles of champagne for many years.