The Victorian Pride Centre, scheduled to open later this year, promises to be a welcoming space for all, especially vulnerable Australian LGBTQI youth. On Sunday May 17, 2020, the Center announced a new initiative to mark the International day against homophobia, biophobia, intersexism and transphobia (IDAHOBIT) – Next Generation Pride.

Next Generation Pride, according to the Centre, will be a youth-driven program that will engage young LGBTQI persons and create fun and safe spaces for them. The initiative has been made possible with a $130,000 grant from Gandel Philanthropy,  one of Australia’s largest independent private family philanthropic funds.

“A key mission of Gandel Philanthropy is to provide support to those most vulnerable in the community. The Next Generation Pride project will directly address the need for young LGBTQI people to have access to a safe and supportive place with strong peer community support networks,” the Pride Centre said in a press release.

The Centre will work with its tenant Minus18, Australia’s leading LGBTQI youth organisation, for this initiative.

“Research shows that young LGBTQI people continue to experience discrimination and many face family or social rejection that can lead to lifelong mental health and wellbeing repercussions. Enabling them to have safe and supportive places in VPC, with strong peer and community support networks, is one way of helping them overcome those challenges. Gandel Philanthropy is proud to be among three leading philanthropic organisations to support the VPC and enable the Next Generation Pride initiative,”  said Gandel Philanthropy CEO Vedran Drakulic. 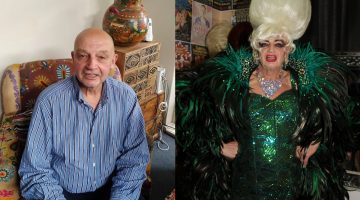 Honour Awards 2022: Here are the finalists