Jinkx Monsoon talks about her documentary Drag Becomes Him for MGFF

RuPaul's Drag Race winner Jinkx Monsoon spoke exclusively to Star Observer about a documentary that takes audiences behind the glamour of her life. 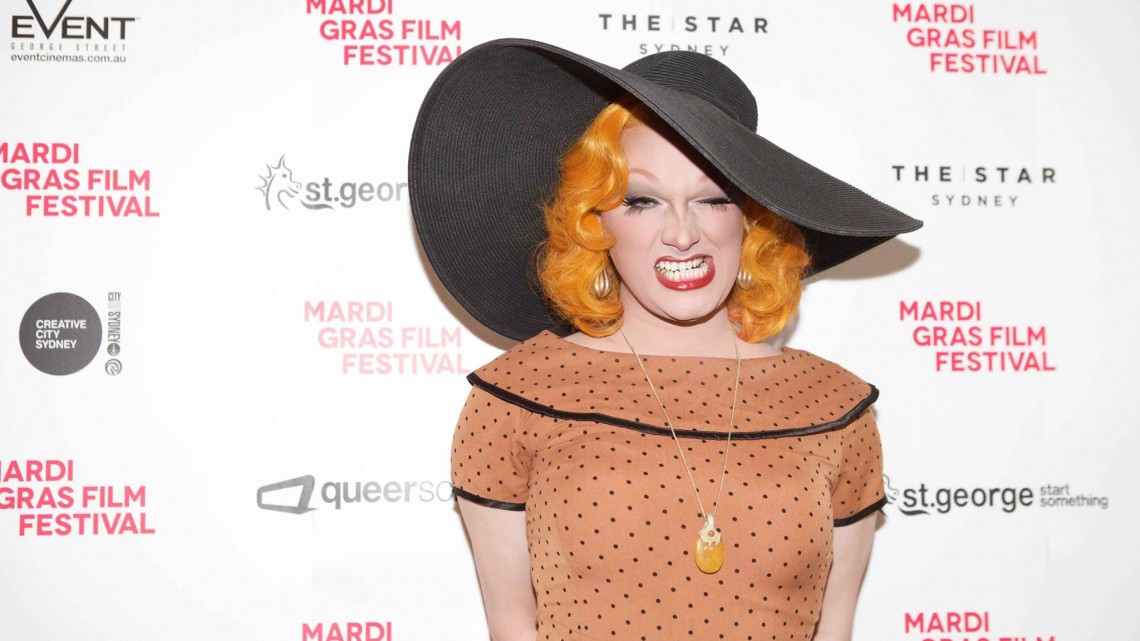 THE launch of the Mardi Gras Film Festival (MGFF) was a glitzy star-studded but the biggest cheer of the night was reserved for a surprise international guest.

Advertisement
As the trailer for the documentary Drag Becomes Him came to a close that evening, drag superstar and season five winner of RuPaul’s Drag Race Jinkx Monsoon jumped out on stage to not only surprise the crowd but to belt out a number in her characteristic show-stopping voice.

Directed by Alex Berry Drag Becomes Him – which screens tonight at MGFF – documents her life from a baby drag queen right through to her taking out the most coveted drag prize on RuPaul’s Drag Race.

The film came to life when Berry needed to make a video about gender and he originally just wanted to shoot Monsoon getting into drag. A natural evolution led into Berry questioning Monsoon about her life and when she shot to fame on Drag Race it made perfect sense to turn it into a feature length documentary.

Star Observer caught up with Monsoon as she prepared for her performance at the MGFF launch where she explained the film does not gloss over the less glamorous side of drag and her life.

“It’s all about my path from local drag talent to global drag talent… and now when I watch it, it feels so long ago even though it was a couple of years ago that I was on Drag Race,” she said.

“I so was scared it was going to be a movie about, frankly, how cool Jinkx Monsoon was. When I saw some of the edits I thought: ‘I hope they’re going to be willing to show the darker sides of it and the things that come along with it that you don’t anticipate’.”

Drag Becomes Him is not only an underdog rising to success story, but tells the story of a non-binary gay man who is finding his way in the world, dealing with family, but Monsoon said this makes the documentary more relatable to audiences.

“It’s not boring, even if you barely care about the story, if you’re going to see a documentary about a drag queen winning a reality show isn’t your cup of tea, give it a chance because Alex Berry is such an amazing director… you see it through an artistic lens,” she said.

Star Observer asked Monsoon now that she has achieved so much at a young age what would Drag Becomes Him- Part 2 look like.

“It would be about what do you do after you’ve experienced overnight success… the misconception is you go on TV and that’s it, you’re done, you’ve got your whole career handed to you,” she said.

“You have to really work at it… to keep yourself relevant. It’s hard once you have that success to keep the momentum.”