Activists in the capital Baku say police have carried out a number of raids. Over 100 gay and trans people have been arrested and tortured in Azerbaijan, local reports suggest.

Activists in the capital Baku say police have carried out a number of raids, arresting LGBTI people and demanding their friends’ addresses, according to Pink News.

Advertisement
Local police have said the arrests are unrelated to sexual orientation and have accused those arrested of prostitution offences.

Other reports suggest the arrests were related to “protecting national moral values”.

“Defending these creatures who are sources of immorality, dangerous diseases, and who have been cursed by God, Western circles are trying to destroy our national traditions under the name of ‘human rights’,” said Ayaz Efendiyev, deputy chair of the Justice Party.

The arrests are reminiscent of the alleged detention of gay and bisexual men in concentration camps in Chechnya, which the Chechen government has continued to deny.

Azerbaijan has been rated the worst country in Europe for LGBTI rights, scoring only 5 per cent.

Homosexuality has been legal since 2000, but LGBTI people are still oppressed.

“Suddenly, without and clear reasons to us, police officers organised raids against gay and transgender people,” he said.

“Today they kidnapped one gay in his workplace.

“I think the police are pushing a media narrative, stating that all those arrested had AIDS and other STDs.

“We are using all tools and resources to inform all [LGBTI] people to be careful… not have new dates, not come out with their sexual orientation and gender identity to people they don’t know well, not to answer to unknown phone calls, and to stay in the shadows for a while.

“Everyone has a fear that they might be arrested at any time.” 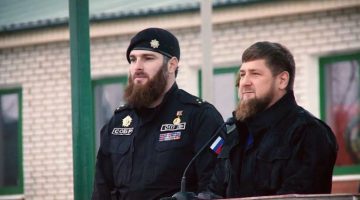