Gay man in the US gives birth

"For us it's not that groundbreaking" 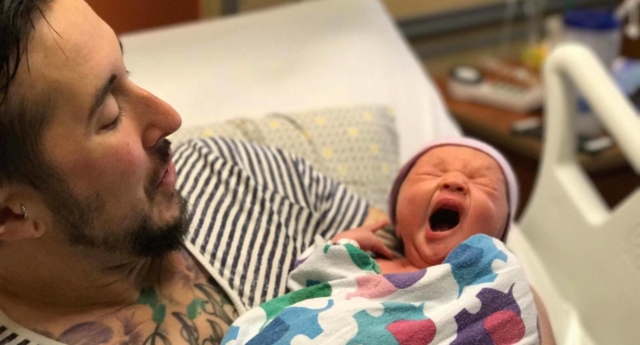 AN American trans man who was pregnant with his husband’s baby has given birth to a healthy boy.

Trystan Reese, who is trans, made headlines earlier this year speaking about his pregnancy to husband Biff Chaplow.

“Little baby Leo is… 18 hours old or so,” said Reese in a video on Facebook.

“This little guy was born yesterday at 8:22 pm, 9 lb 6 oz after about 30 hours of labour, which Biff was supporting me through.”

Chaplow said, “He’s beautiful and healthy, and the next time someone tells you that men can’t have babies, show ‘em this video.”

In a television interview earlier this year, Reese said that while viewers may find the couple’s situation unique, they knew a number of trans men who have had children.

“For us it’s not that groundbreaking,” said Reese.

“The doctors said, absolutely this is something you can do, there’s no reason you couldn’t have a happy, healthy pregnancy.”

In Australia, more than 50 men have given birth in the past year.

Next post Over 500 religious leaders call for marriage equality