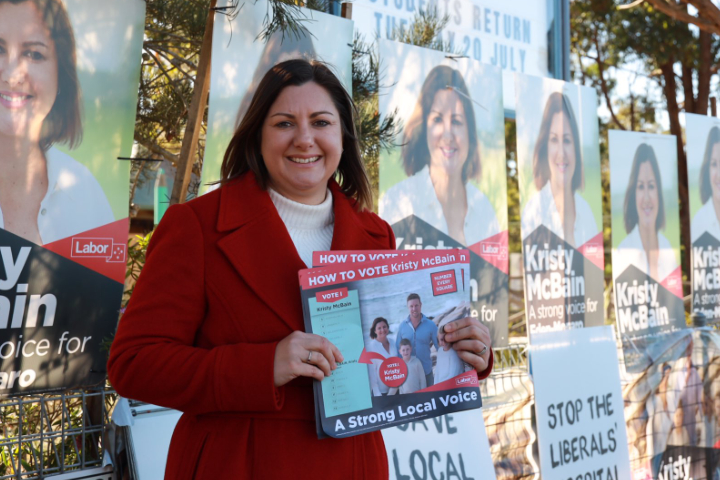 Kristy McBain of the Labor Party claimed victory in the Eden-Monaro by-election over Liberal Party opponent Fiona Kotvojs. The victory caps an election campaign that was marked by attacks against McBain by transphobic and homophobic groups.

The by-lection for the seat of Eden-Monaro in New South Wales was necessitated after former Labor MP Mike Kelly resigned in April 2020 citing ill-health.

McBain, the former mayor of the Bega Valley Shire said local issues, including the handling of the bush fires and the COVID-19 pandemic, were the reasons behind the victory. However, McBain has had to endure attacks over her support for equal rights.

On June 26, an ad was released on social media which targetted McBain for her support for what it called “radical sex and gender programs in schools, teaching kids that they can chose their own gender.”

Advertisement
Binary, the organisation behind the ad has over 35,000 followers on Facebook and claims “gender is binary. Male and Female.” The ad was referencing the fact that McBain as mayor had voted in 2016 for the Safe Schools program to deal with homophobic and transphobic bullying.

As opposed to McBain, Kotvojs has a questionable history when it comes to her stand on LGBTQI rights. In 2018, Kotovojs was a co-signatory to the submissions for the Religious Freedom Review.

The group was said to have views including: ‘Religious schools and organisations should be allowed to positively discriminate in employment for people who adhere to their beliefs on marriage’, ‘Law should be amended to ensure that no-one can be prosecuted for expressing the view that marriage is between one man and one woman’, and that parents should have a right to ‘withdraw their children from classes teaching radical LGBTQI sex and gender theory.’

Advertisement
Equality Australia CEO Anna Brown, in a statement to the press before the elections, had pointed out that Eden-Monaro had voted in favour of marriage equality in the 2017 national vote.

“The parliament explicitly rejected proposals to allow businesses to discriminate against same-sex couples. The people of Eden-Monaro need a leader who will focus on bringing the community together to ensure that no one is left behind after a tumultuous year.

“Most Australians, including the people from Eden-Monaro, don’t want to return to the days where people can be turned away from a shop or other service simply because of who they are, or whom they love. At a time when the economy is suffering, the focus of our leaders should be on how to encourage people to support local businesses rather than turning people away.”