“Love is love. The love you give is the love you get back from the kids. They don’t care if you’re a male/male couple, they just want to be loved." 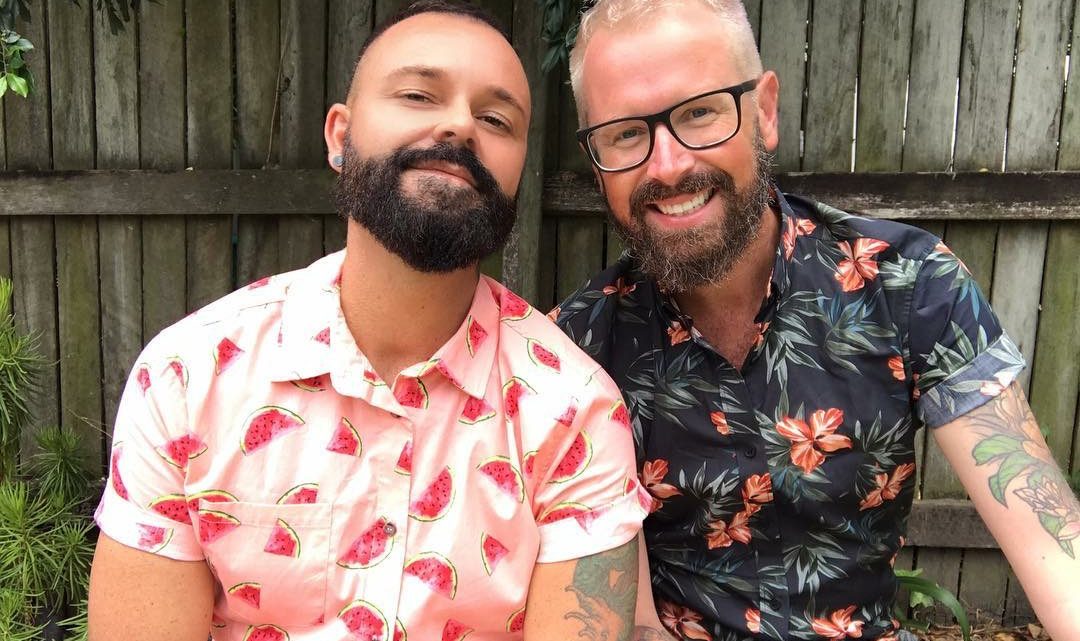 Through all the tears, laughter, wrestling, and hugs with their boys, Corey and David’s family life as foster carers is a constant source of joy and love.

“We’ve been together for six years.”

Now married, Corey and David met in a pub either five or six years ago, depending on who you ask.

While they may differ on the date of their anniversary, there’s one thing they always agree on: the need for family.

Kids were always in the pipeline for Corey and David. Working in child-related industries, foster care was the natural choice when they were looking to expand their brood.

Corey and David have three boys ranging from 4 to 11 years old – two foster children and one stepson. It’s every bit as challenging as you would imagine, but they wouldn’t change a thing.

“Family life in our house can often be described as chaos,” Corey freely admits.

It’s the small things though – a house filled with laughter, cuddles in the morning, and watching them grow – that serve as a constant reminder that they made the right decision in fostering.

And it’s a decision they didn’t take lightly. As the couple found out, becoming foster carers was a waiting game.

The process was long and detailed with loads of paperwork, interviews, and eventually, welcoming new people into their lives. But it was all worth it.

“You also have to be open to having lots of people come into your life, because the children that come in your care often have a lot of people attached to them,” says Corey.

The boys’ birth parents are still very much part of their lives, and this is something Corey and David understand, respect and encourage.

“We keep in touch with our boys’ biological parents. It’s really important to nurture that relationship, because at the end of the day, kids love their parents.”

Corey and David never got into foster care to be a revolving door for kids. They wanted to provide a supportive, loving and caring environment, and ultimately, share their lives by growing a family.

And their advice to other LGBTI people who are considering foster care? It’s simple.

“Love is love. The love you give is the love you get back from the kids. They don’t care if you’re a male/male couple, they just want to be loved,” says David.

“If you’re considering becoming a foster carer, just get out there and do it,” Corey adds.

Right now, hundreds of children and young people in New South Wales need a safe place to call home. To find out more about becoming a foster carer, visit www.myforeverfamily.org.au.