The event came about because of a need to tackle specific bias and disadvantage faced by women. The Sydney Gay and Lesbian Business Association (SGLBA) will this month host a discussion for queer-identifying women and otherwise about gender inequality in the workplace.

The event will feature author Clementine Ford, veteran journalist Fran Kelly, and Liberty Sanger from Maurice Blackburn Lawyers to chat about breaking the glass ceiling as a woman in business.

Advertisement
Vice President of the SGLBA, Cath Pope, said the event came about because of a need tackle specific bias and disadvantage faced by women.

“Straight women, much like queer women, know a shitty deal when they’ve been handed it,” she said.

“I’m a firm believer that knowledge is power – so this event is aimed at giving women exactly that, queer-identified or otherwise.

“When a man who gets caught on audio bragging about grabbing women by the pussy goes on to become the leader of the Free World less than four weeks later, we’ve got work to do. We’re all in this together.”

She added that she hopes Ford, Sanger, and Kelly’s voices will help to shine a new light on the issues for attendees.

“You only get smarter by walking in someone else’s shoes,” she said.

“Clem bravely works outside the system, and takes a well-known battering because of that – she wasn’t born a fighter, she had to become one.

“Liberty Sanger, handpicked by the Victorian government to fix the inequality problem in the public and private sector, works inside the system to affect change.

“And when you throw someone into the mix like Fran Kelly, who is one of the most formidable lesbians on the planet, you know two things: you will leave smarter than you arrived, and the discussion is going to get lively.”

Some women play by the rules, some play with fire will be hosted on Friday 21 July at 6pm at the Eternity Playhouse in Sydney.

Ticket pricing will be 16 per cent higher for male attendees to help shine a light and reflect the current gender pay gap in Australia.

For more information and to buy tickets click here.

Previous post Over 50 men in Australia have given birth 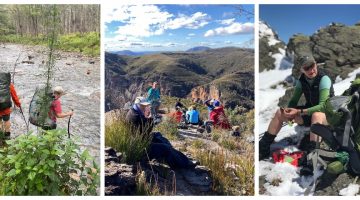