Detectives believe advances in DNA technology may shed new light on the deaths of David Saint and Robert Mark Woodland, who were killed 13 years apart in Adelaide's south parklands.

Police have appealed for information about the open “gay bashing” murder cases of David Saint and Robert Mark Woodland, who were killed 13 years apart in Adelaide’s south parklands.

Detectives investigating the cases believe advances in forensic DNA technology may prove a key step in unlocking the cases, which they believe may have been gay bashings, the ABC reported.

The area includes known meeting places for men who have sex with men, including Veale Gardens, where Woodland’s car was found parked, 700m from his body.

South Australia Police Detective Superintendent Des Bray has asked members of the public who many know anything about the crimes, or any related incidents in the area, to contact police.

Police believe a brick was used to assault Saint, with Detective Sergeant Justin Thompson saying that the brick, and other evidence found at the scene, would undergo further forensic testing in the hopes that technological advances could uncover new information.

“Initially robbery was thought to be a possible motive in this case, but given he still had his wallet with him, with $300 cash in it, that makes us shy away from that a little,” Thompson said.

“There were reports at the time of “gay bashings” around the south parklands, so that would be our strongest line in relation to motive.”

Police said that three men were reported as chasing and assaulting Saint, and that incidents in the area often went unreported at the time because of personal and media scrutiny.

“We believe these men would have boasted to others of their activities and there may have also been people who wanted to come forward, but who were put off by the media attention at the time,” said Thompson.

“I would urge those people to speak with us — it has never been acceptable to do what these men did to Mr Saint.”

Woodland’s body was found days after he was believed to have been bashed and killed, with DNA recovered from the scene believed to be linked to the perpetrator.

Woodland’s cash card was taken and used in the Adelaide CBD, with other items stolen from his body.

Police are continuing to investigate the cases as part of Operation Persist, an effort to solve some of South Australia’s unsolved murder and missing persons cases.

SA Police say up to $200,000 in rewards may be paid for information that leads to a conviction.

Earlier this year, the New South Wales parliament released an interim report into gay and trans hate crimes in NSW between 1970 and 2010, recommending that the inquiry continue following the state election. 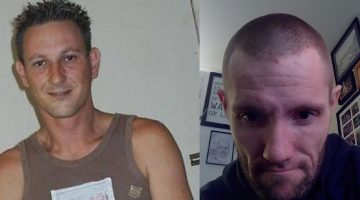