Last year the Uniting Church voted to allow ministers the right to decide if they want to perform same-sex marriages. 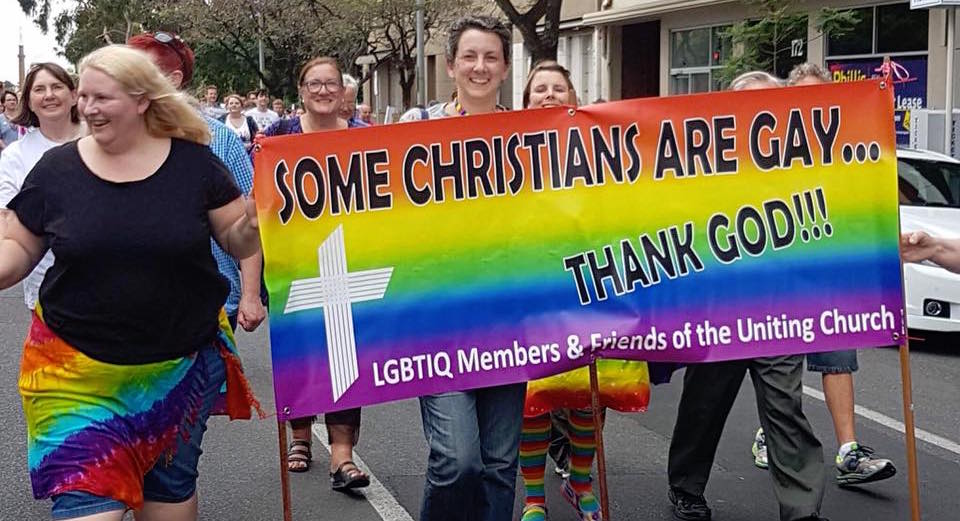 A conservative push within the Uniting Church of Australia to pause recognition of marriage equality has fallen short.

Last July, the UCA became the first denomination in the country to allow ministers the right to decide if they want to perform same-sex wedding ceremonies.

Advertisement
But in October 2018, some members bought forward a proposal calling for a suspension of the decision to be voted under Church rules.

The decision came down to a series of narrow votes over months, came close to bringing about a suspension.

However at the Presbytery of South Australia meeting on January 5, the conservative push fell short of gathering the required support to bring about a suspension.

Those pushing for the suspension said in the initial proposal that they were “not asking Presbytery to discuss a position on same-gender marriage”, but that the motion to allow two definitions of marriage for ministers – between a man and a woman, and between two persons as in Australia law, was not subject to sufficient consultation.

The South Australian vote means that the threshold to pause the decision to allow for same-sex marriage cannot be reached by the deadline, which is up six months following the initial decision.

Hannah Reeve and Peter Weeks, the co-conveners of the Church’s LGBTIQ organisation Uniting Network Australia, said the result came as a major relief.

“A lot of people are feeling tired and broken in our church right now, especially those who are LGBTIQ and as leaders within Uniting Network we continue to hear stories of profound pain and angst,” they said.

“These ongoing discussions are not an inconvenience or a purely theological debate to us – this is about our relationships and our families and it has continued to hurt deeply.

“The church should be a place where everyone can be fully themselves and honest, wherever they are at in their story.

“We look forward to ministers and couples continuing to use the additional ‘two people’ marriage liturgy and are relieved that weddings can continue to go ahead as planned.”

An earlier version of this article incorrectly described some of the Uniting Church of Australia’s procedures leading up to and involved in Sunday’s vote. It has since been updated to amend these errors.