The attendees called on Prime Minister Malcolm Turnbull to offer refuge to the men whose lives remain in danger. 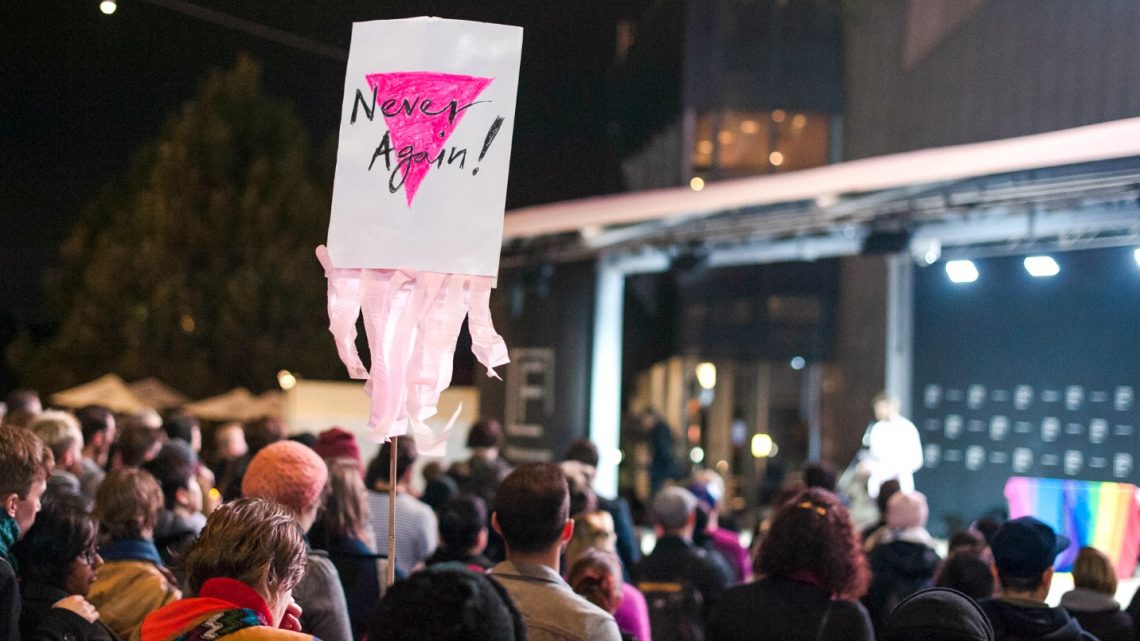 MORE than 800 people in Melbourne joined a candlelight vigil in the city overnight to stand in solidarity with the gay and bisexual men being persecuted in Chechnya.

The attendees also called on Prime Minister Malcolm Turnbull to offer refuge to the men whose lives remain in danger.

Rice asked attendees to imagine being told they didn’t exist.

“When we heard of the horrors coming out of Chechnya, we wanted to take action,” she said.

“There is so much more that we as Australians could be doing.

“We could be leading an international effort with the UN to put pressure on the Russian government to be condemning these horrors.”

Green then took to the stage to mention why the issue was particularly personal for her, having a gay son.

“He could not be more loved in our family, and in our friendship circle,” she said.

“But for him, in a Western democracy it still hasn’t been that easy.

“But if he was in Chechnya, it might cost him his life.”

Vigil co-ordinators Catherine Barrett and Adam Pulford said they were overwhelmed with the turnout.

“People in Australia are feeling horrified and hopeless after hearing the reports coming out of Chechnya, but together we are powerful,” Barrett said.

“Tonight Melbourne stood in solidarity with gay and bisexual men in Chechnya who are being tortured and killed because of who they love,” Pulford added.

Co-producer of the East Bloc Love documentary Jack Giles, and musician William Elm also spoke at the vigil, with the latter performing his recently release single ‘One’.

The international organisation Human Rights Watch have previously reached out to the Australian government to provide a safe haven for Chechen victims as Australia does not have a Chechen disapora and is very far removed from the region.

International LGBTI campaigning organisation All Out are petitioning Malcolm Turnbull to provide refuge and safety in Australia for queer men fleeing Chechnya.