The Opposition has slammed the plans as "bushfires, floods and storms do not target individuals". Following recent research suggesting that disaster impact can be worse for LGBTI people, the government is funding a study to look into the specific experiences and needs of the community in emergencies such as floods and bushfires.

The project will be managed by Gay and Lesbian Health Victoria at La Trobe University, and women’s health initiative the Gender and Disaster Pod.

A report released earlier this year by the Gender and Disaster Pod said that LGBTI people are affected in disasters by “additional privacy concerns and risk and experience of discrimination”.

The report referred to prior research that found LGBTI victims of flooding in Queensland experienced worse anxiety from having to hide their sexuality or gender from emergency workers.

Emergency Management Commissioner Craig Lapsey said emergency services are improving their culture and community connections. He said that research in other states had revealed “difficulty in accessing emergency and support services” and “marginalisation or exclusion” of LGBTI people.

“Our interest in the Victorian research is in understanding if this is the same in Victoria and how we can better understand and improve the health and wellbeing of LGBTI Victorians after emergencies, when people are impacted the most,” Lapsey said.

Emergency Services Minister James Merlino supported the new research project, saying “we need to make sure all members of the community are prepared and supported when a disaster or emergency strikes”.

“Bushfires, floods and storms do not target individuals and our emergency services should have the same response for all people,” he said. 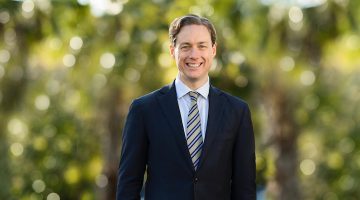