Australia’s Sam Kerr has become the first female footballer in the world to feature on the cover of the upcoming edition of the FIFA 2023 video game series, the biggest sports game globally.

Matildas’ out lesbian captain is Australia’s all-time top scorer and appears alongside French footballer Kylian Mbappe on the FIFA 23 Ultimate Edition cover. This is Mbappé’s third straight appearance on the international FIFA cover, but the first for Kerr.

Advertisement
The news was shared by the EA Sports FIFA account via Twitter on Monday, stating “Two phenomenal forces up front. One ultimate strike partnership.” 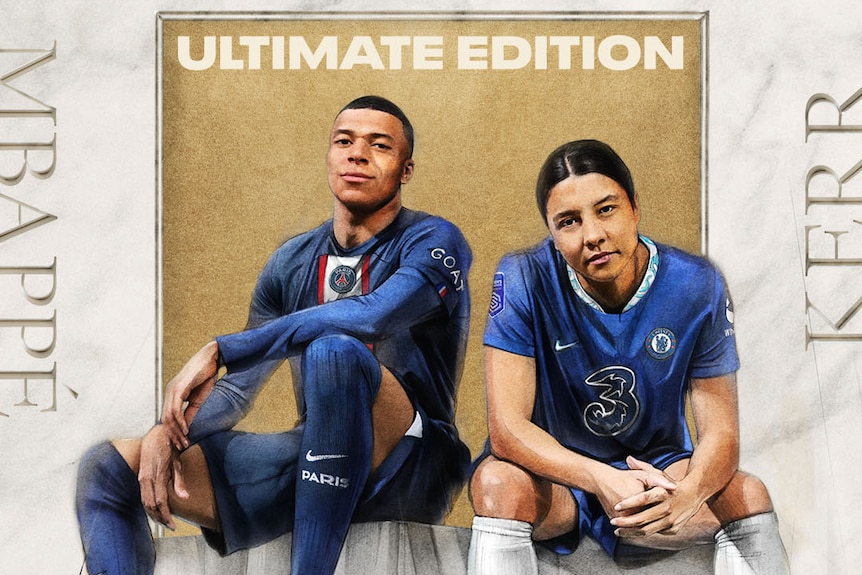 Kylian Mbappe and Sam Kerr on the cover of FIFA 23 video game.

The announcement comes after the Matildas’ striker led Chelsea to their second consecutive Women’s Super League title as well as their second FA Cup earlier this year.

Kerr has been named the Super League’s player of the season for 2021-22. While playing for Chelsea, the Australian superstar has also been awarded with the Golden Boot for the most goals scored.

Other female soccer stars have appeared on local editions of the game, including Matilda’s Steph Catley back in 2016.

Advertisement
Alex Morgan appeared on the American edition and Christine Sinclair was featured on the Canadian edition. But no woman has previously been on an international edition, which has featured star players including Lionel Messi and Cristiano Ronaldo.

Kerr And Kristie Go Public With Their Relationship Matildas player Sam Kerr is in a relationship with US soccer player Kristie Mewis.

Kerr is in a relationship with US soccer player Kristie Mewis. The couple went public with their relationship in August last year.

The couple were seen embracing on the field after Australia’s loss to the US in the bronze medal match of the Tokyo 2020 Olympics and later confirmed the dating rumours via Instagram.

The FIFA franchise is listed in the Guinness Book of Records as the best-selling sports video game of all time, with more than 325 million copies sold as of 2021.

Kerr’s and Mbappé’s cover is the 30th edition of the game that is produced by UK company Electronic Arts and will be the last to be produced in partnership with the sport’s governing body FIFA.

The FIFA 23 EDITION is set to be released on September 30 for PlayStation 5, PlayStation 4, Xbox Series X/S, Xbox One, PC Windows (Steam) and Google Stadia platforms.