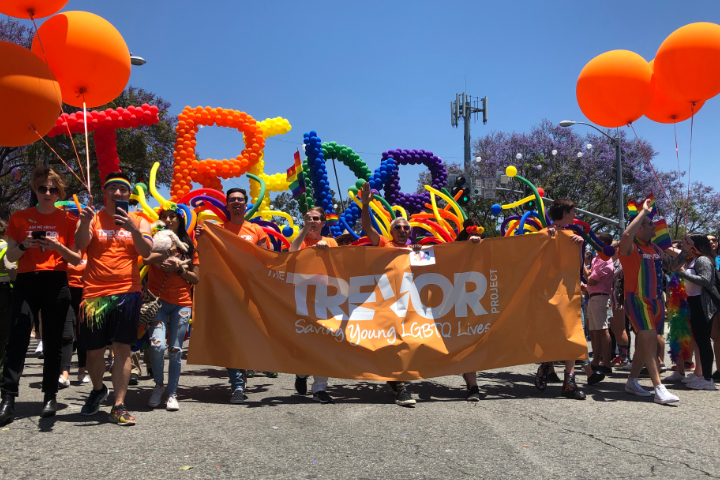 Founded in 1998, The Trevor Project is an American organisation focused on the prevention of suicide among LGBTQI youth. In what has been a year that no one, nor history will forget any time soon, it may come as no surprise that such events have had a catastrophic effect on the mental wellbeing LGBTQI youth in America.

Now in its second year The Trevor Report National Survey was established by the organisation as a way of gaining crucial insights into the distinctive challenges faced by LGBTQI youth. The findings of the 2020 National Survey paint a grim picture with the statistics showing that 40% of LGBTQI respondents seriously considered attempting suicide in the past 12 months, with more than half of transgender and non-binary youth having seriously considered suicide.

Amit Paley CEO and Executive Director of The Trevor Project told NBC News this week, “We know this is a serious public health crisis that needs to be addressed, and we know that is in part because of the discrimination that LGBTQI youth face.”

“Our survey this year found that 86% of LGBTQI young people said that recent politics had a serious impact on their wellbeing.”

Given the recently adopted stance and amendments to laws on conversion therapy here in Australia, it is alarming to also note that 10% of respondents reported receiving conversion therapy from someone who tried to change their sexual orientation or gender identity to straight or cisgender. Of this 78% were under the age of 18.

These figures come at the same time that LGBTQI representation within the American political system has risen by 21% over the past year, yet this surge is yet to result in real policy change and amendment aimed at curtailing these statistics.

“We know that there had been a number of discriminatory policies and laws that have been attacking LGBTQI youth,” said Amit Paley. “We know those policies harm LGBTQI young people, but we also know that words have an impact and that when people in positions of power make statements and put out policies that suggest that LGBTQI young people are not deserving of respect. They hear that, and it impacts the way that they think about their sense of self.”

The findings of The Trevor Report National Survey 2020 can be read here.

If this story has raised any concerns for you please contact Beyond Blue.