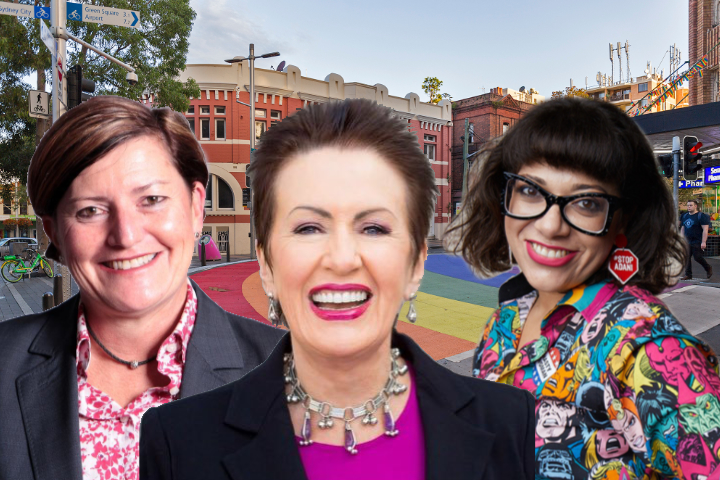 In the wake of the 2021 Mardi Gras Parade moving to the Sydney Cricket Ground next year, the City Of Sydney has announced plans to close Oxford Street to traffic. Sydney Lord Mayor Clover Moore is expected to write to NSW Premier Gladys Berejiklian asking for the closure, to assist with public safety and to “enable it to be a centre of Mardi Gras festivities.” Yet there remains little information about how this may actually work, and with just over two months until the 2021 festival begins, the announcement brought more questions than it did answers.

In light of the closure of venues such as the Green Park Hotel in the broader Darlinghurst area, and with a raft of vacant shops lining Oxford Street, the idea has some merit.

After years in which venues were forced to operate under lockout laws then to only be hit shortly after by the COVID-19 pandemic, many people and businesses have been left scratching their heads, wondering what, if anything is being done to save the unique fabric of Oxford Street and the Darlinghurst area.

“As seen by the overwhelming response to the closure of The Green Park Hotel, the slow demise of Oxford Street and Darlinghurst are very close to the hearts of the LGBTQI community. It is clear that what is at risk is a loss of cultural identity for future generations, the diminishment of social support networks for the community, and a heavy blow to LGBTQI-owned and run businesses,” City Of Sydney councillor Christine Forster told Star Observer. As not only an advocate but also a member of the LGBTQI community, Forster, like many others, holds grave concerns for the future of the area.

“The City Of Sydney has overseen a period in which the cultural fabric of Oxford Street and Darlinghurst’s importance to the LGBTQI community has diminished profoundly. Sometimes that has come about by the sad loss of the Green Park Hotel through private sale. But the City Of Sydney is not powerless – it can ensure that its own properties are properly activated in support of the area’s local community and visitors, and that the streetscape of Oxford Street retains an inviting, amenable and safe space for the LGBTIQ public and visitors alike.”

Advertisement
Speaking with Star Observer, Sydney Lord Mayor Clover Moore told us that “the recent sales of the Green Park Hotel, Kinselas and Courthouse makes the work we are doing to breathe new life into Darlinghurst’s famous Oxford Street even more important.”

“Recently we consulted with more than 1,700 people, including residents, businesses, landowners and individuals, as part of our review of the planning controls for the cultural and creative precincts in and around Oxford Street. We received strong backing for our plans to make Oxford Street a creative and cultural precinct, with 93% of respondents in support. The importance of the LGBTQI identity of Oxford Street was identified by 83% and 80% said Oxford Street was socially and culturally important to them.”

While this response looks good on paper, there are many factors which appear to indicate that the City Of Sydney may be entirely out of touch with what the Oxford Street and Darlinghurst area actually needs. As example, the council’s big advertising spend of $300,000 on “what’s on guides” during a pandemic when theatres and restaurants have had reduced activities and capacity, remains a questionable marketing strategy.

The City Of Sydney’s unwillingness to properly engage with the community around the acquisition of properties in the local area, despite cultural and social significance, has also caused anger among many locals. However, at least this appears to be changing with a motion put forward by deputy Lord Mayor Jess Scully at Monday night’s council meeting to investigate how, in the future, places can be protected from future development. These protections would be similar to the protections afforded to the Les Girls site in Kings Cross. Unfortunately, though, for spaces like the Green Park Hotel and for its many regular punters, this action came as too little too late.

Advertisement
“I share the concerns of many in the LGBTQI and wider community that the loss of the Green Park Hotel and potential changes to other pubs will be a cultural blow to Darlinghurst. However, the City of Sydney cannot prevent a property owner from selling property.” Moore added. “I was pleased to support Deputy Lord Mayor Jess Scully’s motion to explore ways to protect socially or culturally significant uses of buildings, including pubs and LGBTQI spaces. While buildings can receive heritage listing for their social significance, like the site of the former Les Girls in Kings Cross, there are currently no heritage or planning mechanisms that exist to protect the specific use of a building – we are investigating whether that can change.”

A spokesperson from the City Of Sydney told Star Observer they “hope that renewing our planning rules will help breathe life into Oxford Street and reinforce its vibrant creative and cultural possibilities. We’re considering land use options to support growth and diversity, protect heritage and character, and promote day and night-time economies for both the local community and visitors.” However, they then added that last year the council “leased three significant City Of Sydney buildings representing 40% of the street frontage between Oxford Square and Taylor Square to AsheMorgan (a property development group), under the condition that they retain floor space for creative and cultural use.”

Moore finished, as if wanting to reassure us that yes everything that can be done is being done, by saying “in Monday night’s council meeting, my Lord Mayor Minute calling on the CEO to investigate ways of activating Oxford Street to support businesses during Mardi Gras 2021 was unanimously endorsed.” And that “up to $200,000 in additional funding was set aside for the City Of Sydney to work with Sydney Gay and Lesbian Mardi Gras and the Darlinghurst Business Partnership to activate Oxford Street and surrounds, promote local businesses participating in Mardi Gras and Oxtravaganza, including in LGBTQI publications, and work with the NSW Government to ensure public safety.

“This is in addition to the $25,000 grant to the Darlinghurst Business Partnership approved in June for Oxtravaganza. The $289,700 worth of financial support approved in June for Mardi Gras in 2021 and 2022. And our existing $100,000 in media partnerships with Concrete Playground, Broadsheet and Time Out Sydney.”

With nine months to go until the next Sydney elections, it appears local politicians are gearing up for a battle royale over the concerns of so many locals regarding what exactly the future has in store for this once vibrant area. We can only hope that any big promises made in the lead up to the elections, is not just spin, and will actually be carried through and actioned by incoming and returning councillors in years to come.