One of the breakout stars of RuPaul's Drag Race is judge Michelle Visage. Ahead of her first-ever Australian tour, she sat down with Shannon Power for an exclusive chat about tough love, triumphing over adversity and her love of Kath & Kim. 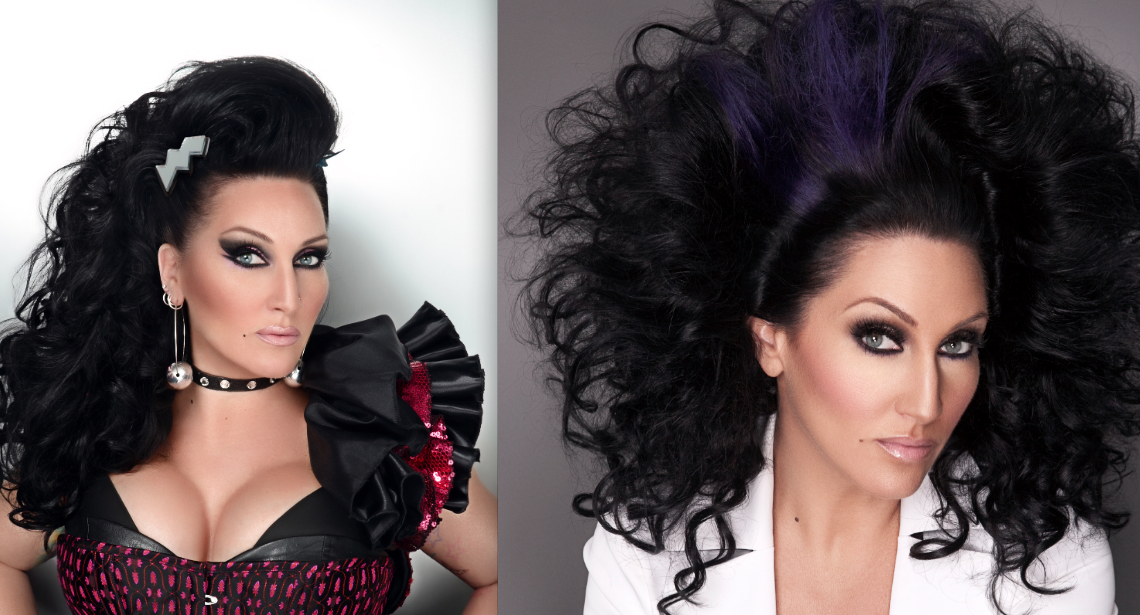 Michelle Visage, one of the judges on RuPaul's Drag Race.

WHEN it was revealed international drag legend RuPaul was launching her own reality series more than eight years ago, nobody could have predicted it would go on to be a worldwide smash.

Each season RuPaul’s Drag Race — the highest rating show on the US network Logo TV — pits an eclectic line-up of drag queens against each other to battle it out for the title of “America’s next drag superstar” in a series of challenges that range from singing, acting, sewing, runway modelling and even puppet making.

[showads ad=MREC]Drag Race has reinvigorated the career of its namesake and launched the international careers of countless drag queens, many of which have crossed over into mainstream media and even scored lucrative endorsement deals — see the AAA girls and their American Apparel deal, which includes Australia’s own Courtney Act.

One of the standout talents of the show, who has developed a global cult following of her own, is Ru’s right hand lady, best friend and truth-spitting judge, Michelle Visage.

Joining the show in season three — the first real season of the show according to Visage — the big-haired and big-breasted girl from New Jersey became known for her biting assessments of the queens and pushing contestants to their limits.

“I think a lot of the queens don’t understand that when they first come across me and my venom tongue, they think I’m trying to change them into something they’re not.

“My reasoning behind why I do what I do is to make them be more of what they are… and it’s not just for me, it’s for them to have another tick next to their name on their resume.

“I’m going to push you until you’re really uncomfortable, you’re raw and you hate me and you just melt on that stage.

“So for me it comes from a place of love and longevity. I want their careers to go on and on forever, that’s what it’s about.” Michelle Visage now has a global cult following since she first appeared as a judge on RuPaul’s Drag Race eight years ago.

I’m chatting to Visage onboard a massive ship sailing somewhere in the middle of the Mediterranean — she is the main attraction during a chartered Drag Stars at Sea cruise where fans from all over the world come to be entertained by some of the most popular Drag Race queens.

Fans can buy private dinners with their favourite queens and Visage, who has booked the most dinners of any of the queens, agrees to meet me late one night after chatting with her admirers during their meal.

I was worried she would turn up to our interview exhausted from making small talk with strangers for hours and not have any energy left, but ever the professional she strode into the room with her trademark dark hair, low-cut top and long golden nails, declaring how lucky she was to have a resurgence in her career through RuPaul’s Drag Race.

“I love to meet the people, that’s what I love to do,” she says. “I’ve been involved in the drag scene since I was 18 years old and since I’m 47, it’s quite an evolution.

“I was able to see my friend (RuPaul) start out as this drunk club kid and I got to see him evolve from that to be not just incredibly strong and life altering, but a deity of sorts.

“There’s only one Ru. No one else has done what Ru has done.”

A self-confessed Kath and Kim tragic, Visage got her big break in 1990 with girl group Seduction whose smash hit Two to Make it Right reached number two on the Billboard charts.

Despite Seduction breaking up soon after, Visage refused to give up on her dreams and featured on The Bodyguard soundtrack, which has sold more than 45 million copies worldwide.

Her rollercoaster career saw the mother-of-two unleash her inner diva and she documents it all in her new book The Diva Rules, which she insists is not an autobiography.

“Even though it’s part memoir, the memoir is only helping you find your inner-strength and your inner-diva and finding what you want to do,” she says with conviction.

“Every chapter is about how I failed. How I failed and how I picked myself back up and brought myself up from that.

“Everyday I have to remind myself there’s only one Michelle Visage. Nobody can do me like I can do me.” Michelle Visage has just released a book, The Diva Rules, which she insists is part-memoir and not an autobiography.

Writing a self-help book is a natural progression for Visage, who has inadvertently taken on a motherly role to many Drag Race alumni.

We’re lounging on the bed of Jerick Hoffer — aka season five winner Jinkx Monsoon — who has kindly lent us his room for this interview. He explains the unexpected bond between the two of them.

“I was more intimidated by Michelle than any other judge the whole season because she is such an authority on drag and she’s been around it for so long,” he says.

“What I never expected was that Michelle and I were going to be so similar personality wise. We’re both Virgos, we’re both musical theatre loving Virgos, and when we’re both on tour together it’s like her and I in a dressing room belting out the Bye Bye Birdie soundtrack and being really dorky on the bus and laughing about the stupidest things. Michelle Visage is on her way to Australia for her first-ever tour.

After being immersed in the drag scene for so many years it was inevitable Visage would become a vocal ally for the LGBTI community.

She famously called out blogger Perez Hilton for “setting the gay community back 50 years” during their time on the UK version of Celebrity Big Brother and in October she received the Straight Ally Award at the Icon Awards alongside Conchita Wurst, the 2014 Eurovision winner.

Now based in LA with her family, Visage makes the most of her success on Drag Race to tour as much as possible and will be visiting Australia for the first time this month where she promises to give the crowd whatever they want.

“I can host, I can perform, I can judge, you know, whatever they want me to do. I just want to meet the people.

“Hopefully, I’ll get to see some Kath and Kim somewhere and Kel doing his speed walk. But I think what I’ll find is a bunch of drag-loving, open-minded, beautiful individuals — that’s what I know and love about Australia.” And her final words of advice for baby drag queens coming up through the ranks?

“It takes a lot of work to stay relevant, and all I can say is step your pussy up.”

The Diva Rules is available on Amazon

Next post Places to shop, dine and drink in Canberra