In its fifth year, Gaytimes retains its special place on the calendar of queer Melbourne events. The three-day festival moved this year from its previous home near Marysville to a scout camp called Gilwell Park in the foothills of the eastern Dandenongs.

Gaytimes has a well-deserved reputation for taking care of its punters, embracing nature, and celebrating diversity.

Director of the Festival Anna Whitelaw explains that, in the five years since the festival started, the crew behind it “now actually know what we’re doing. When we started we were kind of running things on the smell of an oily rag. Now it feels like an established festival.”

And she’s right. The two dance floors are well laid out for partying, with spaces near both for chilling out and watching the action if you’re in a more sedate mood.

The site itself is spectacular enough. Situated close to Gembrook, the lush forests make for a beautiful camping site. Last year’s festival was unusually hot but the temperatures of this year’s Gaytimes were much more temperate. Three hours of serious rain on the first day left a few folk with washed-out tents, but the light rain that fell for much of the second day created a cool, and pleasant atmosphere.

It also provided the participants of the walk off, always one of the highlights of the festival, with some prop mud that several used with considerable enthusiasm to augment their moves.

The drag race was another highlight, though the wet conditions meant that heels were banned this year, to the disappointment of many participants. The race didn’t disappoint, with even the folks in hippo costumes crossing the line.

The process of planning the festival has been highly consultative, “there’s a community of people who have really embraced and made it their own” Anna said.

“We speak to lots of members of the queer community about decisions, about the design of the site, programming, we’re influenced by Gaytimers who love the festival. And we talk to the queer community more broadly, from award winning comedy shows by queer artists, to LGBTIQ DJs.”

This year’s festival included visual art, performance art, a huge range of activities and workshops. Indeed, the whole purpose of the festival, for Anna is “as a showcase and a platform for a really diverse range of artists from across the whole community.”

Wandering around the festival grounds, dancing, watching workshops, Gaytimes definitely has a special feel compared to both other, larger music festivals (Gaytimes ticket limit is capped at 1000) and to the rest of the gay scene.

And with over 40 acts taking to the two stages, from Bec Sandridge to Late Nite Tuff Guy, from Cry Club to Bannoffe, there was too much for anyone to see everything the festival has to offer.

At five years Gaytimes has definitely managed to establish itself as one of the best events on the queer calendar. Make sure you check it out next year.

For all of the latest LGBTQI news from the Star Observer, please click here. 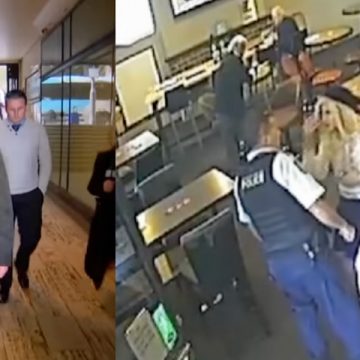