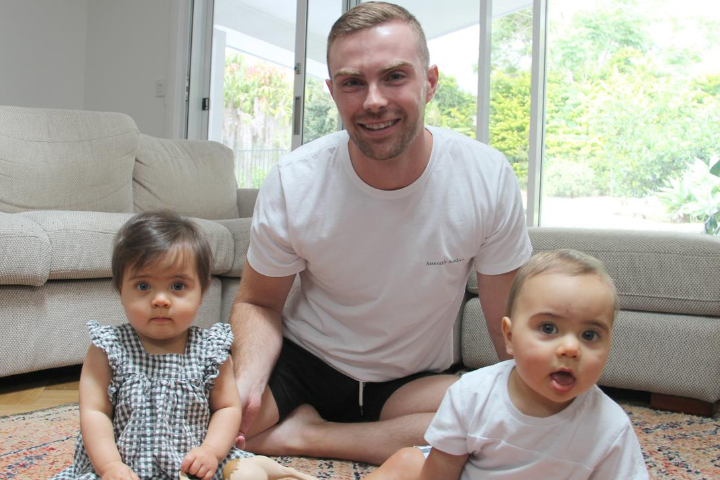 An ongoing legal battle against the NSW Education Department has again intensified, highlighting the inadequacies of current policies and blatant gender inequality. The case has been lodged by Cameron Long and his partner Morgan. The fathers who through surrogate pregnancy recently welcomed into the world twins Montana and Ezekiel, have been asked to pay back thousands in paid parental leave.

Cameron, who had been working for the department for five years and is a dedicated teacher had claimed 14 weeks paid parental leave and one year of unpaid leave under a policy for surrogate parents. Despite this being granted, he claims the department requested a “parentage order” to complete the process for payment under the surrogacy leave policy. Yet, in New South Wales, biological parents  are ineligible to obtain a “parentage order” the couple’s lawyer Diana Foye explains.

“The department’s parental leave policy allows for a female biological parent to be paid 14 weeks leave and get 12 months unpaid leave so they can obviously spend time with the children,”

Advertisement
“Under the surrogacy policy it allows for the same to occur once they get a parentage order — but in Cameron’s case he’s a male biological parent so he can’t go through that process and is therefore exempt.”

It’s yet another blow for the couple, following the premature birth of the twins who were born in Mexico. Montana underwent surgery spending 10 days in intensive care. Due to the COVID-19 pandemic, only Cameron was able to travel to Mexico in time for the birth of their twins, despite the couple having spent months preparing for their trip.

Speaking with Star Observer, Cameron’s partner Morgan tells us that “it’s been quite stressful. It’s been eight months of emails and conversations and lawyers and money, but it doesn’t seem to be getting anywhere. We went through the conciliation process, however, that was not successful. We are trying everything we can to get the attention and get the policy changed.”

The current New South Wales law stands at odds even with Federal laws – where under the eligibility requirements for the Centrelink Paid Parental Scheme, a parentage order is not required. The fact is that even though Cameron is listed on the twins’ birth certificate as their biological farther, New South Wales Government has denied him the same leave entitlements as a new mum.

“It is gender equality. They are only seeing women as primary care givers and not willing to realise that there are different family situations. I think the New South Wales Government is unwilling to acknowledge that not only women are the primary care givers, and that men in this day and age can also stay at home and raise their children,” Morgan adds.

Advertisement
In the statement released by New South Wales Education Department they address the issue surrounding the matter.

“Mr Long was granted surrogacy leave on half pay between March 2020 and April 2021.

“He signed a statutory declaration in May 2020 saying he would apply for a parentage order in the Supreme Court under the Surrogacy Act 2010 and provide a copy of the application and the order to the Department when received, as required by the leave determination.

“That has not occurred. Mr Long has received the leave.

“The Department has not asked for any money back but is waiting on Mr Long to fulfil his legal obligations in this matter and provide the documents he said he would.

“These requirements are applicable for all employees with surrogate children. We implore Mr Long to obtain his order from the Supreme Court or work with us to understand and resolve the issue.”

However, this response fails to address the legal barriers the couple currently face under New South Wales state law.

“You would hope common sense would prevail, and that Cameron would be recognised for the brilliant job he is doing, and that he is the primary carer and the biological father. We don’t have any family help during the week, we have a friend who doesn’t work at the moment who helps out every now and then, but Cameron is primarily doing it 95% himself while I’m at work.” Morgan concludes.

Yet, the fight continues. Both fathers, are desperate to win this fight against the Department, not only for their own benefit, but for the laws to be changed so that other same sex parents, who may find themselves in the same situation in future, will not be discriminated against in the same manner.

To support them, they have requested people sign up their names to a change.org campaign that calls for an end to gender-based parental leave discrimination by the NSW Department of Education.