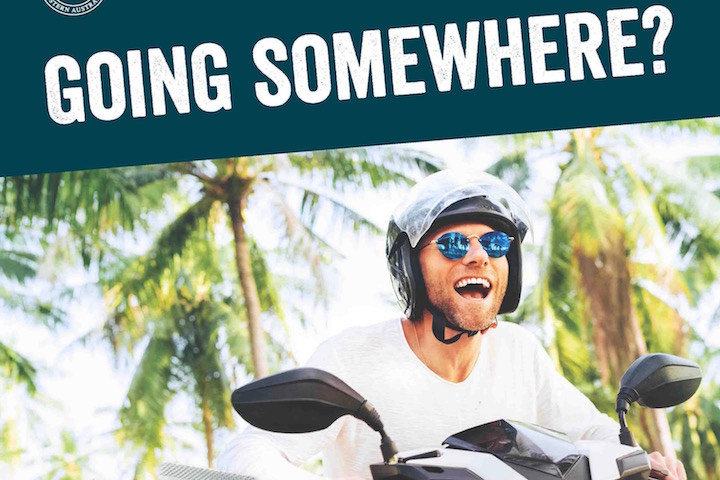 More straight-identifying men in Western Australia (WA) were diagnosed with HIV than gay men in the last year. It is the first time these numbers have emerged since the AIDS crisis began in the 1980s, ABC News Reported.

Twenty-six cases among heterosexual men were detected in the 12 months from October 2018 to September 2019, prompting the WA Health Department to launch a targeted awareness and education campaign.

The WA Government attributes the increase to straight, Australian born men aged over 40 who picked up the virus through unprotected sex with women overseas, most commonly in South-East Asia.

In response to the increase, the WA government launched the “Going Somewhere?” campaign on 1 December 2019 (World AIDS Day). Ads will appear in men’s bathrooms at international airports and social media and aims to target and educate at-risk men.

“Going Somewhere? is aimed at heterosexual men who travel to south-east Asia and who may not be aware of the risk of acquiring and spreading HIV, and other STIs, while on holiday,” Western Australia (WA) Health Minister Roger Cook, recently explained in a statement.

“It’s particularly aimed at men who travel to south-east Asia and who may not be aware of the risk of acquiring and spreading HIV, and other STIs, while on holiday.

“It reminds men to take precautions, use condoms and visit a GP or sexual health clinic for a check-up when they get home.”

The Health Department says there is still much to learn about the rising prevalence of HIV in middle-aged straight men. Still, it believes that a lack of awareness and understanding of the virus, as well as a lack of sexual health education, is partially responsible.

The manager of the Sexual Health and Blood Borne Virus Program, Lisa Bastian, noted that there was a common misconception that contracting HIV was only a risk for homosexuals or intravenous drug users.

“These are middle-aged men, anywhere from their late 30s through to their middle-age, to older men, who have sexual partners overseas, who don’t practice safe sex; they may even have partners they are returning to regularly and don’t see the need for using condoms,” she said.

“HIV is not a common problem in Western Australia or Australia anymore … so it’s probably not a top of mind consideration but when travelling you need to be aware of the risks.”

As well as condom use, the Health Department is also urging men to use pre-exposure prophylaxis (PrEP) when having sex in South-East Asia.

PrEP, which involves taking a daily dose of PrEP or Truvada, can be 99 per cent effective in preventing the transmission of HIV in HIV-negative individuals. Currently, the drug is subsidised on the Pharmaceutical Benefits Scheme.

However, social media campaigns could remain testy after Instagram banned advertisements for PrEP earlier in November which targeted gay and bi men on account of being ‘too political.’

However, when Apicha attempted to launch the campaign, they were told that they couldn’t place ads “about social issues, elections, or politics”.

“They said the copy was the problem but were unable to tell us what part of the copy was too political,” the Director of Grants and Communications at Apicha, Phillip Miner told Vice.

“It’s incredibly frustrating to encounter these sort of roadblocks.

Next post The Stunning Queens From RuPaul’s Drag Race Will Death Drop for The Gods in Seven Cities Across Australia and New Zealand!