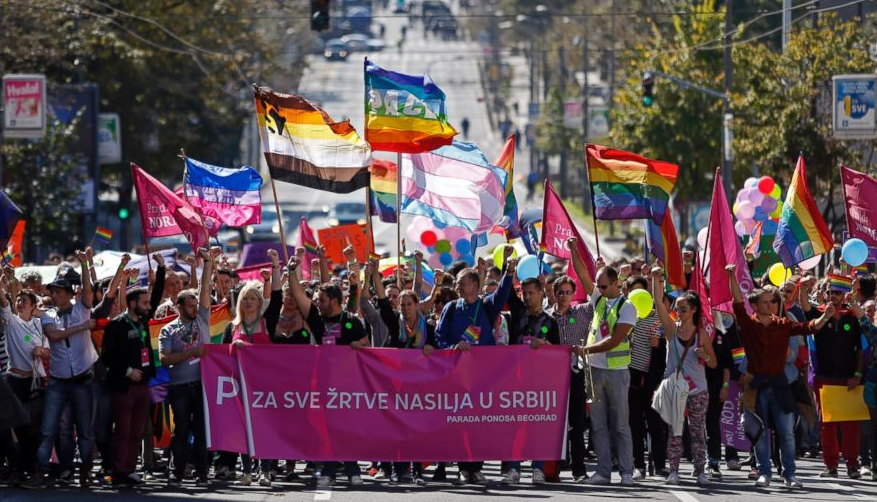 SERBIA hosted its first gay pride march in four years earlier this week, and the event went by undisturbed.

Hundreds took to the streets of the capital Belgrade, waving rainbow flags and blowing whistles while surrounded by security, especially in the form of special forces, armoured vehicles and police helicopters.

Advertisement
The marchers made their way through the city centre to the National Assembly where speakers addressed the crowd, including some from European countries.

The last time a pride march was held in the Balkan nation, which is seeking European Union membership, was when marchers were attacked in 2010.

Since then, the parade had been cancelled each year.

Prime Minister Aleksandar Vucic did not attend the event, and made it clear he wouldn’t even if he had the time.

The Serbian Orthodox Church patriarch has also condemned the event.

The night before the parade took place on Sunday (European time), homophobic protestors converged in the city centre to demonstrate against it.

Two weeks before the parade, a German LGBTI activist was badly beaten in Belgrade, which sparked Interior Minister Nebojsa Stefanovic to declare: “We will not allow this kind of thing to remain unpunished.”