Everyone’s least favourite author J.K. Rowling continues to dig her own grave, this time with news that her latest piece of ‘literature’ will revolve around a male serial killer disguised as a woman.

Written under the pseudonym Robert Galbraith, Troubled Blood will be the fifth instalment in Rowling’s Cormoran Strike detective series. However, it will not be the first work in the series to draw criticism, with the embattled author previously called out for her depiction of a trans woman in the second Cormoran Strike novel, The Silkworm.

In an early review published by The Telegraph, journalist Jake Kerridge said of Troubled Blood, “One wonders what critics of Rowling’s stance on trans issues will make of a book whose moral seems to be: never trust a man in a dress.”

Most concerning is Rowling’s apparent emphasis on painting trans characters in the rolls of villains. Despite the fact that in reality, trans people are more likely to fall victim to rather than become perpetrators of crime and acts of violence.

Advertisement
Earlier this year, Rowling alienated herself from many after mocking a headline about ‘People who menstruate.’

“I’m sure there used to be a word for those people. Someone help me out. Wumben? Wimpund? Woomud?” Rowling tweeted in reply to the article that was discussing how a more equal post-COVID-19 world might be created in terms of gender-based discrimination and societal imbalance.

Even before this, Rowling’s anti-trans diatribe has been both well publicised and criticised.

In 2019, Rowling publicly defended anti-trans activist Maya Forstater, after they had lost a lawsuit in which she challenged that she should have the right to be transphobic in the workplace and that her views are or should be protected under the UK’s Equality Act.

Advertisement
Having on many occasions been called a TERF (trans-exclusionary radical feminist), on news of Rowling’s latest work of ‘literature’ being released social media once again went into melt down, with the hashtag #RIPJKRowling trending on Monday night.


In wake of this latest scandal, many individuals have been quick to claim the author was continuing to kill her own career through her outdated views. Sentiments reflected by Sally Goldner, Media Representative Transgender Victoria, who told Star Observer, “That if descriptions of the book are accurate, I think J.K. Rowling has just hit the detonation plunger, Coyote-style, under her literary career.” 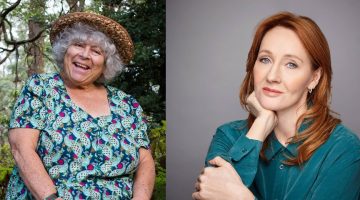