Australian retailer Bonds has caused a stir after featuring a same-sex couple in its Christmas campaign.

The ad, which was posted to the brand’s website and social media pages, shows two men kissing while wearing Bonds briefs. It’s captioned, “It’s the little moments that make the Christmas season so special.”

While most of the responses have congratulated the brand for being inclusive, some have labelled it inappropriate.

“I am all about love, but this was the day when the Lord Saviour was born,” one person commented. “Remember that.”

“This is nothing but click-bait. They don’t care about equality,” another wrote. “They just want to cause controversy and debate and attract attention to their brand.”

“Get woke, go broke. Five members of this household won’t be buying any of your gear for a long time.”

Ad Standards, which regulates the advertising industry in Australia, told News Corp Australia they have received a handful of complaints about the ad so far.

But for the most part, the Facebook post has received overwhelming praise for showcasing diversity. It has accrued thousands of likes, with the most popular reaction being the love heart.

“Love this! Perfect ad for Christmas,” one person wrote.

“People are so small-minded. Love is love,” wrote another.

“Acceptance is so important. We all deserve to be loved.”

Bonds general manager Emily Small said the ad was about celebrating all kinds of relationships.

“Our Christmas campaign is about celebrating the bonds that make the season and those are different for every individual,” she said.

“We are a brand that celebrate all Australians and we wish the couple featured in our social post along with everyone else an equally special and enjoyable festive season.” 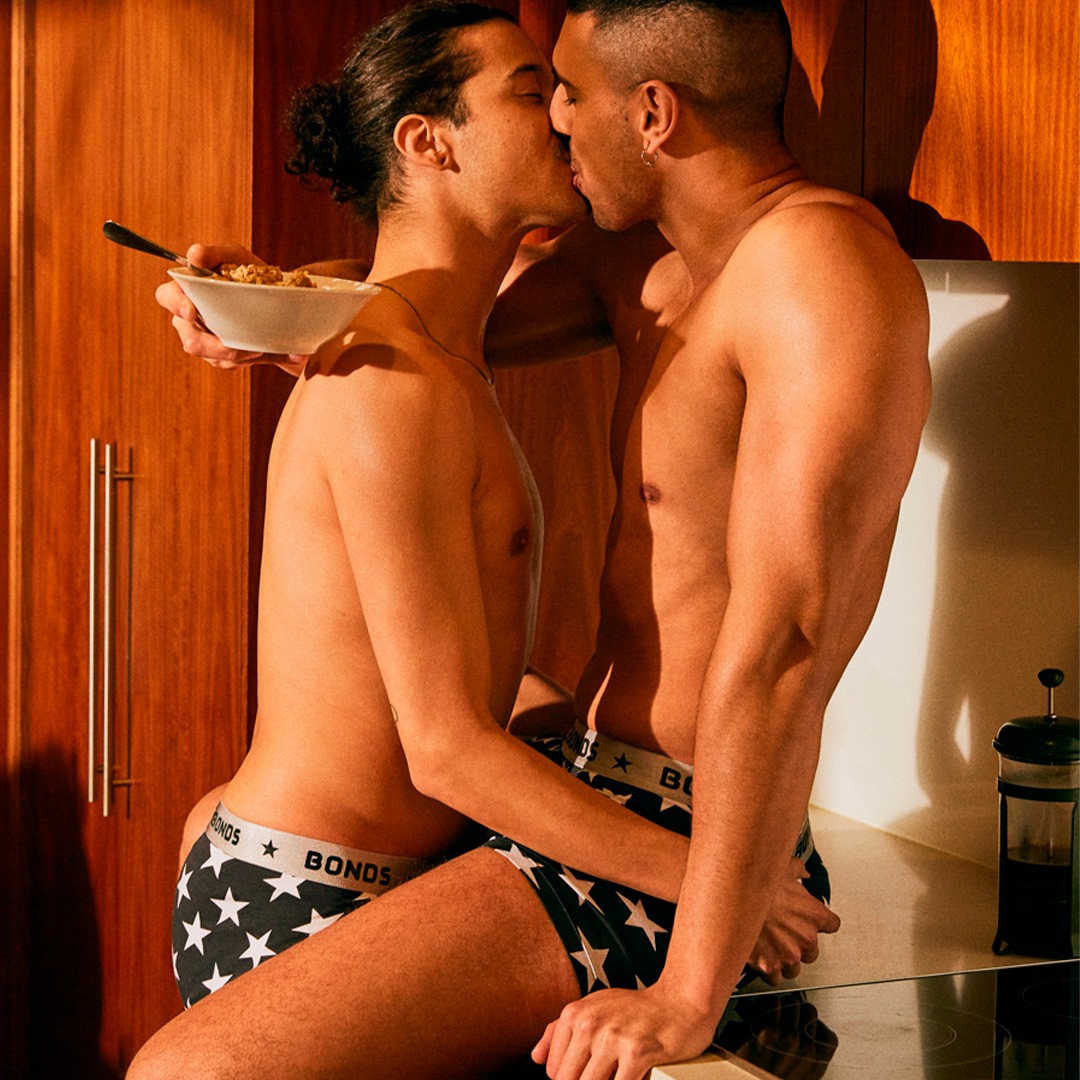 According to Ad Standards, ads dealing with ‘sex, sexuality and nudity’ receive more complaints than any other category, comprising over a quarter of all complaints in 2015.

In 2017, some of the most complained about ads in Australia involved same-sex couples, including a Magnum commercial that showed a woman feeding an ice cream to her bride and an iSelect ad with two women in bed together.

A Kellogg’s ad featuring a lesbian kiss and a Medibank campaign with a same-sex couple were also the subject of complaints in 2016, but Ad Standards found neither of the ads breached community standards.